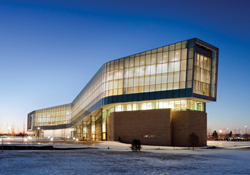 In the wake of a 17.5 percent decline in enrollment at its Dickinson School of Law this fall, Pennsylvania State University has offered to almost halve the $41,088 annual tuition for in-state students who enroll next fall.

They will get a $20,000 renewable grant under the “Commonwealth Scholars” program, according to the Pittsburgh Post-Gazette and WESA. The discount, however, will not apply to current in-state students.

Tuition for Pennsylvania residents is nearly $20,000 at Temple University and nearly $30,000 at the University of Pittsburgh.

“We have a superb academic program with some of the nation’s finest classroom teachers and experiential learning opportunities,” said interim law dean James Houck said in a written statement provided to the newspaper. “Yet our research shows that some individuals are unable to take advantage of it because of cost. This program will increase access to legal education for well-qualified Pennsylvania residents who otherwise may not have considered us.”

Houck said the program is not “designed to entice people in the door” but instead focuses on attracting well-qualified law applicants and making it possible for them to attend Penn State. “If a person is admitted according to our standards which we are upholding and maintaining, they would be entitled to it for the three years they are in school,” he said of the discount.

Nationally, law school applications are down about 12 percent, the articles note. Meanwhile, a struggling economy has made it difficult for many law graduates to find not only good jobs but legal jobs, period.

ABAJounal.com: “A pyramid collapse for law schools? Most are losing money this year, law prof says”