PI Attorney Plans to Do SLU Law Dean's Job for a Year, Plus His Own Law Practice 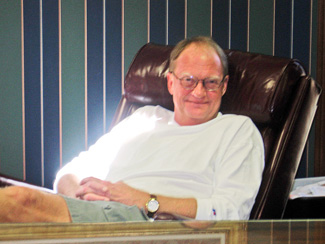 But amidst a week of turmoil at Saint Louis University School of Law, where the law dean suddenly announced her resignation in an angry letter, came further surprising news in a responding salvo from SLU’s president on Wednesday—in addition to operating his own law firm, Keefe, who is himself a SLU law grad, will also take over the law dean’s job for a year.

Keefe, who said he was approached about the job a little over three weeks ago and decided to accept about two weeks ago, anticipates that the dual roles may cut into his sleep a bit. However, he said it was central to his agreement with Father Lawrence Biondi that he would remain actively in practice and fulfill his fiduciary duties to his clients, the Madison/St. Clair Record reported.

He planned to pick up his new SLU identification badge on Friday and expects to work out of both Belleville and St. Louis.

“I hope to bring to the law school the perspective of a practicing lawyer,” Keefe said. “I’m not here to criticize academia, it’s just [that] academia and the real world don’t always mean the same thing. I get concerned sometimes when I see young lawyers with $150,000 in debt who don’t know how to lawyer.”