Police investigate homicide of lawyer, a 'statutory wizard' who lived above his law office 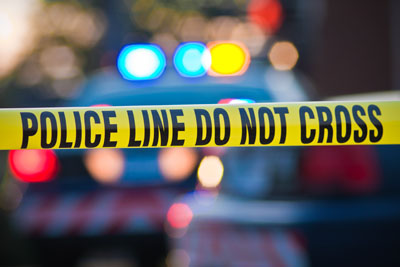 Police in Laurel, Maryland, are investigating the homicide of a lawyer who was said to be so devoted to his work that he lived in an apartment above his law office on Main Street.

Police found the body of Brian R. Bregman, 43, when they were called to investigate a possible burglary at the lawyer’s apartment Feb. 3, report the Washington Post, WUSA9 and WJLA. A Feb. 4 press release is here.

A graduate of the University of Maryland School of Law, Bregman practiced law in a wide variety of areas, according to a profile on his law firm website. They included criminal defense, civil litigation, personal injury, taxation and corporate matters.

He has also had positions in the field of public safety, including as a paramedic, a volunteer firefighter, a forensic death investigator for the state of Maryland, and a reserve police officer in Washington, D.C.

David Zwanetz, a criminal defense attorney in Columbia, Maryland, told the Washington Post that Bregman had a reputation as a “statutory wizard” and was considered “a young star” whom other lawyers called with legal questions.

Several lawyers said Bregman had given them support and time, making them feel as if he was a best friend. David Waranch, a Maryland traffic attorney, said Bregman was “quirky” but was “one of the most talented lawyers in the community.”

Laura Guenin, a spokesperson for the Laurel Police Department, told the ABA Journal on Monday that there are no updates to release at this time.

“The investigators are working around the clock following up on every lead to solve this,” Guenin said.