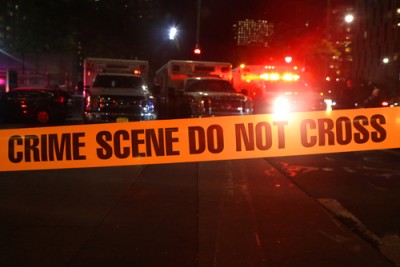 Police in Arizona have identified divorce litigant Dwight Lamon Jones as the suspect who killed six people in the Phoenix area before he fatally shot himself Monday morning at an extended-stay hotel in Scottsdale.

Among those killed were two paralegals who worked at the Scottsdale law firm that had represented Jones’ ex-wife, report the Arizona Republic, Phoenix New Times and the Washington Post.

Jones’ ex-wife, Connie Jones, said she and her current husband had tipped police that her former husband could be the suspect. Police used DNA provided by relatives and DNA on shell casings at one of the murder scenes to link Dwight Jones, 56, to the crimes.

Connie Jones filed for divorce in 2009, but it was not resolved until last year.

The paralegals killed on Friday were Veleria Sharp, 48, and Laura Anderson, 49. They worked for the law firm Burt Feldman Grenier. Connie Jones had been represented by Elizabeth Feldman, a law firm partner.

The fourth victim, found dead early Saturday, was counselor Marshall Levine, 72. He had sublet office space from a counselor who was ordered to see Jones’ son during the divorce.

Two other victims, 70-year-old Mary Simmons and 72-year-old Bryon Thomas, were found dead on Monday in a home in Fountain Hills, Arizona. Jones had been seen at the home, and police say he threw a pistol belonging to one of the victims into a trash can. It’s unclear if they had any connection to the divorce. The gun was not used in the shootings.