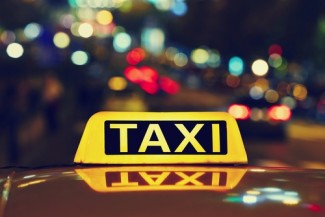 Update: Judge Richard Posner supported a Chicago cab driver’s bid to remain in the United States in a dissent last week that left few in the immigration process unscathed.

Posner, of the Chicago-based 7th U.S. Circuit Court of Appeals, blasted the Department of Homeland Security for its eagerness to challenge cab driver Mohamed Bouras’ marriage to a U.S. citizen as a sham “on such flimsy evidence.”

He criticized the immigration judge and the Board of Immigration Appeals for “some downright silly remarks,” including an observation that the couple had not commingled assets. “Not all married couples do,” Posner wrote, “and it is doubtful that Bouras has ever had any significant assets.”

He called the performance of Bouras’ lawyer “lackluster” and said his briefs were not as well-written as an affidavit submitted on behalf of Bouras by his ex-wife’s sister. The Chicago Sun-Times has a story.

And Posner professed himself to be “disturbed by a number of things in the majority opinion,” which upheld the immigration judge’s refusal to grant a continuance in Bouras’ case so his ex-wife could testify.

“Judges are not just umpires,” Posner wrote (PDF) in an opinion that was later changed to correct a reference to Bouras’ attorney. “Nor are the judicial officers of the Immigration Court and the Board of Immigration Appeals. Judicial activism is deplored but there is such a thing as excessive judicial passivity, which has been present at all levels of adjudication of Bouras’ case.”

Bouras, an Algerian immigrant, entered the United States in 1997 and overstayed his visa. He was working as a Chicago cab driver in September 2006 when he married a U.S. citizen who worked at a better paying job in Columbus, Ohio. They divorced in early 2009, ascribing the reason to disagreements over whether to have children.

During their marriage, Bouras obtained a license to operate a hot dog stand in Columbus, but it did not succeed. After that, he returned to his work as a Chicago cab driver, returning to Columbus, he said, for about a two-week visit every month or so. He also visited Algeria during the marriage, for a total of about six months, but his wife did not accompany him.

As proof that their marriage was not a sham, Bouras submitted an affidavit from his ex-wife, utility bills, photos of the couple, and affidavits from others, including his ex-wife’s sister. He also submitted a joint tax return, which did not declare any income for him.

At the final removal hearing before an immigration judge in August 2012, Bouras’ lawyer announced that his client’s ex-wife had sent him a fax earlier in the week saying she would not be able to testify because she needed to train a new hire at work. The fax, dated five days before the hearing, said she had just been notified of the hearing date.

Bouras testified in the hearing and then, at the end, his lawyer moved for a continuance so the ex-wife could testify. The immigration judge denied the request, saying he will not continue a case once it is scheduled for a final hearing absent an emergency situation or extenuating circumstance. The judge found that Bouras had failed to meet his burden of proving that he entered into the marriage in good faith.

Posner thought the immigration judge—and the 7th Circuit majority—got it wrong, saying they had “confused a failed marriage with a fraudulent one.” He also disagreed with the immigration judge’s refusal to grant a continuance, calling it a “display of arbitrary bureaucratic power.” He followed with a quote from the Shakespeare play Measure for Measure: “Oh, it is excellent / To have a giant’s strength; but it is tyrannous / To use it like a giant.”

Posner said the lawyer was to blame for the failure to quickly notify the immigration judge about the ex-wife’s conflict. Posner went on to criticize the immigration bar as a whole.

“What is true, and has turned out to be fatal for Bouras—though it should not have been—is that his lawyer was lackluster,” Posner wrote. “He didn’t notify the immigration judge promptly that [the ex-wife] would not appear. He did not suggest a telephonic alternative to her appearing at the hearing in person. He did not try to subpoena her.

“There are some first-rate immigration lawyers, especially at law schools that have clinical programs in immigration law, but on the whole the bar that defends immigrants in deportation proceedings … is weak—inevitably, because most such immigrants are impecunious and there is no government funding for their lawyers.

“This will not trouble judges so enamored of the adversary system in its pristine purity that they do not blanch when an imbalance in the skills of the adversaries’ lawyers produces an unjust result. It’s not as if Bouras, deported to Algeria, will be in a position to sue his American lawyer for malpractice.”

Hat tip to the Chicago Sun-Times, which reported on Posner’s decision here.

Last updated 7 p.m. March 13 to include an amended decision correcting the lawyer’s name.