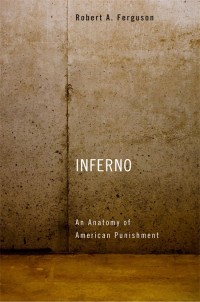 Judge Richard Posner is offering his solutions to overcrowded prisons in a review of a book about American punishment.

Writing in the New Republic, Posner looks at the problems outlined in the book Inferno: An Anatomy of American Punishment. The per capita imprisonment rate in the United States is seven times greater in Europe. Prisons are overcrowded. Horrible conditions prevail in most U.S. prisons, according to the book’s author, Columbia University law professor Robert Ferguson.

Posner offers his ideas on how to fight prison overcrowding, including “decriminalization of much conduct that is now criminalized.” About half of prison inmates are drug dealers, so drug decriminalization would have a big impact, Posner says.

“The sale and possession of marijuana are en route to being decriminalized; and I am inclined to think that cocaine, heroin, methamphetamime, LSD, and the rest of the illegal drugs should be decriminalized as well—though not deregulated,” Posner writes. “They should be regulated by the Food and Drug Administration for safety, like other drugs, and they should be taxed heavily, like alcohol and cigarettes.”

“There are also other candidates for decriminalization,” Posner says, “such as prostitution and copyright infringement (which should be just a civil offense); and it is time that the age of consent were reduced to 16 or even 15, in recognition of contemporary sexual mores. Gambling should be decriminalized, and probably environmental offenses as well, such as killing a migratory bird; such offenses should be left to the civil law, with its financial sanctions.”