Prominent men's rights lawyer is shot and killed outside his home 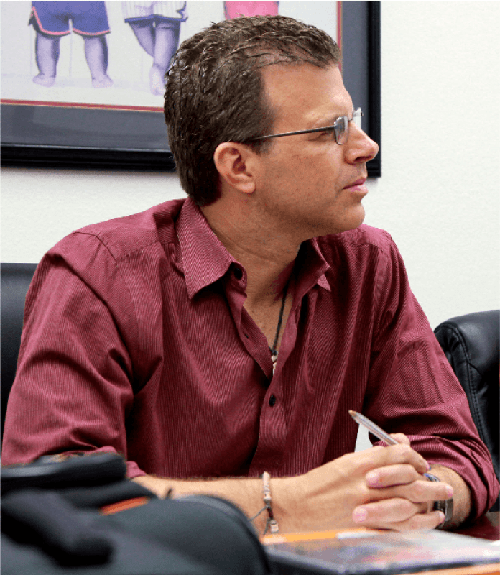 Photo of Marc Angelucci from the National Coalition for Men.

Prominent men's rights lawyer Marc Angelucci was shot and killed outside his California home on Saturday.

The San Bernardino County Sheriff’s Department is investigating the slaying, report the SBSun, the Palm Springs Desert Sun and NBC News. The motive was unknown.

Angelucci, 52, was vice president of the National Coalition for Men, according to a a news release by the group. He founded the group’s Los Angeles chapter in 2001 and was chapter president until 2008. He has written op-ed articles for the Los Angeles Times and has appeared on the Dr. Phil show and in other media outlets.

In March, he argued that the all-male draft is unconstitutional before the New Orleans-based 5th U.S. Circuit Court of Appeals, according to coverage by Courthouse News Service. Angelucci told the appeals court that the 1981 Supreme Court decision upholding the all-male draft should be overruled now that women are allowed in combat roles.

Angelucci also persuaded a California appeals court in 2008 that it was unconstitutional to exclude men from domestic-violence victim programs.

Angelucci is a 2000 law graduate of the University of California at Los Angeles.

“Marc Angelucci was truly beloved, with a personality that had a magnetism that many of his friends and colleagues found to be truly magical,” the National Coalition for Men said in its release. “Marc was an unbelievably generous man, living on a shoestring despite some personal health challenges so he could donate many millions of dollars of his time to mostly voluntary legal work on behalf of men’s rights.”