Provide legal counsel at public expense for when physical liberty is at stake, ABA House urges 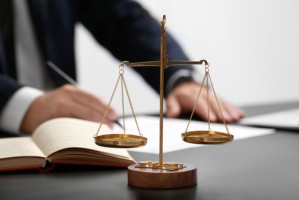 Legislatures should pass laws ensuring that low-income people are provided with legal counsel at public expense for any proceeding—criminal or civil and regardless of whether it was initiated by a governmental entity—which could result in the loss of their physical liberty, according to a resolution passed by the ABA House of Delegates on Monday at the ABA Midyear Meeting in Vancouver, British Columbia.

The resolution was sponsored by Standing Committee on Legal Aid and Indigent Defendants and the National Legal Aid and Defender Association.

No one rose to speak in opposition, and the resolution was passed in a voice vote with little opposition.