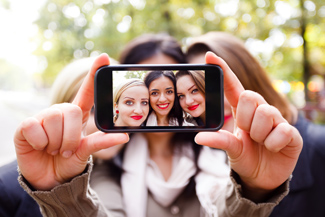 A public defender from California thought the running of the bulls in Pamplona, Spain, had ended when he decided to take a video selfie after participating in the opening bull run Sunday.

Jaime Alvarez, 46, was not safe, however. A stray bull charged and gored Alvarez in the neck, report the Associated Press, the San Jose Mercury News, Today and the Huffington Post. Alvarez underwent about two hours of surgery.

“The impact was unlike anything I’ve ever felt. It was like being hit by a car or a truck,” Alvarez told the Associated Press from his hospital bed. “In the course of a few seconds, a million thoughts came to my mind, and that of dying was definitely one of them.”

Alvarez said doctors told him it was “beyond miraculous” that the horn missed his jugular vein and major arteries.

Alvarez has been a public defender in Santa Clara County for two decades. Assistant Public Defender Damon Silver told the San Jose Mercury News that Alvarez was doing well and expects a full recovery. “We are relieved the incident was not more serious, and we are looking forward to Jaime’s return,” he said.

Alvarez was among five people injured Sunday at the festival made famous by Ernest Hemingway’s novel The Sun Also Rises.