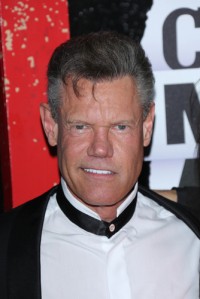 A redacted dashcam video showing the drunken-driving arrest of country singer Randy Travis must be released under the Texas Public Information Act, a Texas appeals court ruled (PDF) on Thursday.

The Texas 3rd Court of Appeals said the August 2012 video isn’t exempted from disclosure, the Austin American-Statesman reports. The dashcam video shows the arrest of Travis after officers called to the scene of a car crash found Travis lying naked on the ground. His blood-alcohol level later registered at or above 0.15.

After a public information request for the video, then-Attorney General Greg Abbott ruled that the video should be public, but images of his naked body below the waist should be redacted. Travis sought a declaratory judgment that the video was private and should be withheld.

Travis has said he doesn’t remember the events that night, and his combativeness and other actions may have been caused by a concussion. He asserted a common law right to privacy and cited Texas laws protecting the release of confidential medical information.

Travis’ lawyer, Marty Cirkiel, told the American-Statesman he would ask the full appeals court to hear the case.

“I don’t think the public has a right to see individuals in the course of a mental health breakdown any more than they have the right to see someone in the course of an operation on their heart, kidney or brain,” Cirkiel told the American-Statesman. “To intrude upon a person who’s discombobulated due to a mental health issue or a concussion, I don’t think the public interest stretches that far.”