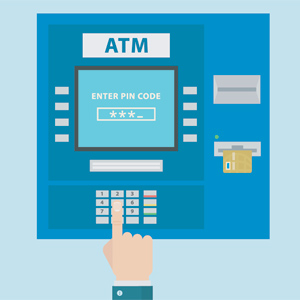 The court said (PDF) it dismissed the consolidated cases as improvidently granted because lawyers for Visa and MasterCard switched arguments after the court granted cert, report Lyle Denniston Law News, SCOTUSblog and the Associated Press.

The arguments changed after Visa made changes to its legal team, according to SCOTUSblog. Lyle Denniston Law News says the dismissal is “likely to be a deep embarrassment” for the lawyers representing the credit card companies.

At issue in the cases is whether consumers and operators of independent ATMs can sue over an alleged antitrust conspiracy to keep ATM fees high. The plaintiffs are challenging alleged rules that prevent independent ATM operators from charging lower amounts for transactions processed on networks that aren’t owned by Visa and MasterCard.

The credit card companies and associated banks had argued in the cert petition that their participation in a business association wasn’t enough to support accusations of an antitrust conspiracy. The merits brief argued that the companies were engaged in a joint venture and should be considered a single entity, which makes them incapable of engaging in a conspiracy.

The cases are Visa v. Osborn and Visa v. Stoumbos. They will now return to a federal court in Washington, D.C.