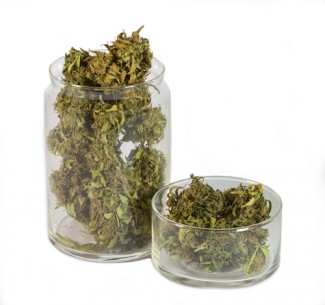 Holmes bought two two-gram bags of OG pearl, report Q13Fox, HeraldNet and the Seattle Times. “I’m keeping one bag for posterity,” he told Q13Fox, “and one for personal enjoyment at some point when it’s appropriate.”

Holmes said he wanted to be one of the first in line to show there are alternatives to the drug war.

“Driving this market, this industry, this amazingly demanded product into the shadows does not advance public safety,” he told Q13Fox. “The best way you can support law enforcement is to make this legal and regulate it and tax it and that’s the message here.”

Colorado was the first state to legalize marijuana sales and Washington is the second.