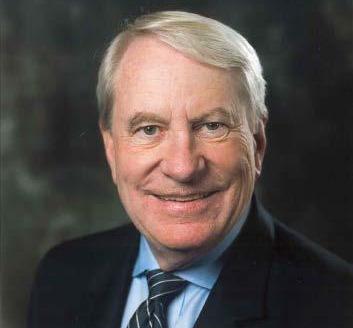 Judicial independence is a bedrock principle of the rule of law.

For America, that principle is grounded in Article III of the Constitution, which provides for an independent judiciary, and in Marbury v. Madison (1803), which established that the judiciary has the “province and duty … to say what the law is.”

Article III does not explicitly provide that these powers are separate from the other branches of government. Rather, the Constitution implicitly recognizes the separation of powers through its enumeration of the powers of the three co-equal branches, in which “the judicial power can no more be shared with another branch than the Chief Executive, for example, can share with the Judiciary the veto power, or Congress share with the Judiciary the power to override a Presidential veto.” (Stern v. Marshall, 2011).

What is clear is that judicial power is vested in the judiciary alone.

Aristotle’s Politics (350 B.C.) identified the three functions of government to be the deliberative (legislative), magisterial (executive) and judicative (courts). He did not suggest that these functions should be exercised separately. In 1748, Charles de Secondat, Baron de Montesquieu, provided the framework for separation: “When the legislative and executive powers are united in the same person, or in the same body of magistrates, there can be no liberty…” (The Spirit of the Laws, 1748).

The framers of the Constitution did not adopt a pure form of Montesquieu’s model. Instead, they paired separate powers with a system of checks and balances. (Madison, Federalists Papers Nos. 47 & 51). This structure formed a decisive feature of the Constitution.

The design was in stark contrast to colonial systems in which single legislative bodies subsumed judicial functions. Thomas Jefferson’s Notes on Virginia (1785) described a General Assembly that “in many instances decided rights which should have been left to judiciary controversy.”

The separation of powers has played a significant role in the political struggle between Congress, the president and the courts. Beginning in Marbury v. Madison, the Court established its power of judicial review, making the judiciary the final arbiter of a law’s constitutionality.

Later, in United States v. Klein (1872), the court upheld Presidents Abraham Lincoln and Andrew Johnson’s grant of pardons as proof of loyalty to the Union. Congress passed a law preventing their recognition. The Supreme Court found Congress’ attempt to be an exercise of power outside that assigned to Congress.

More recently, the court in upholding limitations on campaign contributions (and striking expenditure limitations) also struck the method of appointing members of the Federal Election Commission because its members were appointed by Congress. As officers of the United States, however, these members must be appointed under Article II by the president (Buckley v. Valeo, 1976).

In another example, INS v. Chadha (1983), Congress’s creation of the legislative veto to override agency rules was declared unconstitutional—a violation of the executive’s role and thus of the separation of powers.

The Supreme Court’s declaration of acts violative of the separation of powers is not limited to acts of Congress. In Youngstown Sheet & Tube Co. v. Sawyer (1952), the court held unconstitutional President Harry Truman’s seizure of the steel mills during the Korean conflict.

During the Watergate era, the court directed President Richard Nixon to turn over Oval Office tapes to the special prosecutor in the face of his claim of executive privilege (United States v. Nixon, 1974). This resolved an issue of privilege that first arose during the Jefferson administration.

The separation of powers is not limited to high-profile political conflicts. As early as 1856, the court in Murray’s Lessee v. Hoboken Land & Improvement Co. held that a legislative court may not decide “a suit at the common law or in equity, or admiralty” because each involves a judicial function. The court ruled that legislative courts are limited to issues of “public rights involving cases between a citizen and the government.”

The separation of powers is a distinctive feature of American democracy. It ensures judicial independence by vesting judicial power exclusively in the courts. The separation of powers (with its related system of constitutional checks and balances) is an essential part of American democracy and American exceptionalism. Central to defining judicial independence is Article III establishment of “judicial Power vested in one Supreme Court” and in other inferior courts.

John Hardin (Jack) Young is the current chair of the Senior Lawyers Division and a former member of the ABA Board of Governors, chair of the Section of Administrative Law and Regulatory Practice and chair of the Standing Committee on Election Law.