Serial killings are waning, leading to speculation about the cause 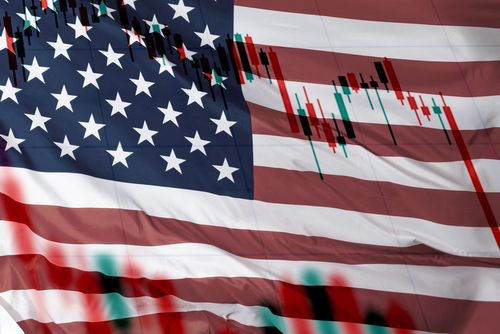 The number of serial killings surged in the 1980s and has been dropping ever since.

In 1987, there were 198 separate serial killers active in the United States, compared to only 43 in 2015 and two in 2019, according to a database run by the Radford University and the Florida Gulf Coast University. The database defines a serial killing as the “unlawful killing of two or more victims by the same offender(s), in separate events.”

When a serial killing is defined as the killing of three or more victims, the number drops to 138 serial killers operating in 1987 and 26 in 2015. The number remains at two for 2019.

Discover magazine noted the downward trend and talked to experts about reasons for the possible decline.

The uptick can partly be explained by improved police work and data collection that made it possible to link murders more effectively, leading to an increased count. But other factors are also likely at play, experts told Discover.

One factor: DNA evidence is making it possible to track and find the offenders.

“Serial murder has become a more dangerous pursuit,” said Thomas Hargrove, founder of the Murder Accountability Project, in an interview with Discover.

James Alan Fox, a criminology professor at the Northeastern University, pointed to another factor: People are less vulnerable than in the past.

“People don’t hitchhike anymore,” he told Discover. “They have means of reaching out in an emergency situation using cellphones. There are cameras everywhere.”

Children are also less vulnerable because parents today are less likely to allow them to leave home unsupervised, according to Mike Aamodt, a professor at Radford University who compiled his university’s statistics.

Other theories are that interventions that help troubled children might reform potential killers, that easy access to pornography is providing an outlet that satiates serial killers’ sexual impulses, and that would-be serial killers are turning instead to mass shootings.

Aamodt is among several experts who discount the mass killer theory.

“The motivation for a mass killer versus a serial killer tends to be different,” he told Discovery.

An October 2019 story in the Atlantic also pointed to longer prison sentences and a reduction in parole. Many serial killers are convicted of murder and then kill again on their release, the according to Atlantic.

Samuel Little, who has confessed to killing 93 people over 30 years, was arrested dozens of times and linked to at least eight sexual assaults, attempted murders or killings, according to the Washington Post.

But he “repeatedly managed to slip through the cracks of the justice system, usually benefiting from the perceived unreliability of his victims,” according to the Washington Post. Many of the victims were sex workers and people with addictions.

The Atlantic and Discover pointed out that the high rate of unsolved crimes leads to speculation that there are more serial killings than the statistics show.

“As the number of serial killings has supposedly fallen, so too has the rate of murder cases solved,” the Atlantic reported. “By 2017, it had dropped to 61.6%, one of the lowest rates in the Western world. In other words, about 40% of the time, murderers get away with murder.”