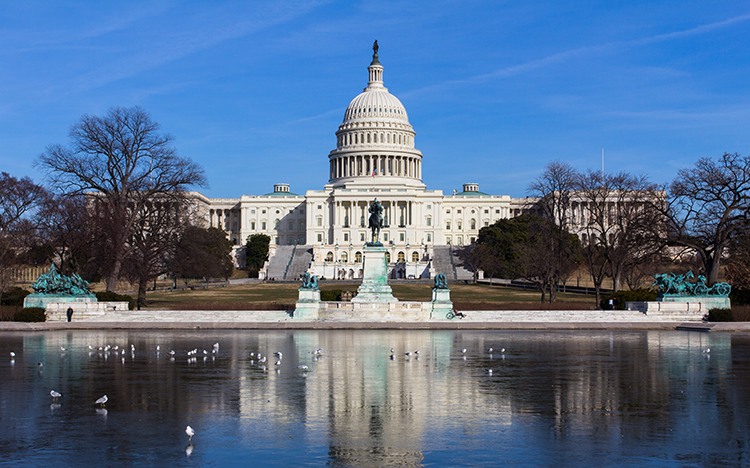 Three days after the 117th Congress convened, the U.S. Capitol was stormed to disrupt the electoral process and try to prevent the certification of the 2020 presidential election. A week later, the House of Representatives voted to impeach the former president; a week after that, the 46th president of the United States was inaugurated and the Democrats held a slim majority in each congressional chamber.

Throughout the year, President Joseph R. Biden and Congress were preoccupied and divided over how to respond to the ever-changing pandemic. Congressional relations continued to fray, both between political parties and within the parties. A congressional committee investigating the January 6th Capitol riot issued subpoenas, while legislative brinkmanship over raising the debt ceiling almost shut down the government.

Despite a tumultuous 2021, Congress passed another monumental coronavirus relief package (American Rescue Plan, Pub. L. 117-2) and a historic bipartisan infrastructure bill (Infrastructure Investment and Jobs Act, Pub. L. 117-58) that was years in the making. Other significant legislation and executive actions also advanced on issues advocated by the ABA, the most important of which are summarized below.

ABA advocacy on many of these topics began when we sent policy recommendations to the Biden-Harris Transition Team and the new Congress in early 2021. Grassroots advocates across the nation enhanced our efforts on the first five issues below by participating in various association-wide lobbying events, mainly focused on legislation and policies that would help the economy and individuals recover from the continuing effects of the pandemic. They included:

Criminal justice system improvements advanced during the first session due to administrative and congressional action. Among President Biden’s first official actions were the issuance of two ABA-supported executive orders:

GAO advocated successfully for other bills and administrative actions that advance the association’s antidiscrimination and foster care policies. The following bills passed the House and are teed up for Senate action during the second session:

There also were some important ABA-supported advancements in the immigration arena with more potentially to follow, should Congress enact a final FY 2022 appropriation bill. For example, on his first day in office, President Biden issued the following:

In addition, on April 27, the Department of Homeland Security issued a memorandum prohibiting civil immigration enforcement in or near a courthouse under most circumstances.

Some significant advancements were made regarding U.S. engagement in international organizations during the 1st Session too. The United States announced its intention to remain with the World Health Organization, the Paris Climate Accords and the United Nations Human Rights Council.

Finally, the GAO and ABA members persuaded an ad hoc committee of the Administrative Conference of the United States to add language to its recommendations on Regulation of Representatives in Agency Adjudicative Proceedings clarifying that an attorney representing a client in such a proceeding will not be required to act in contravention of any rules of professional conduct of the state in which the attorney is licensed or authorized to practice.

The advocacy of the GAO and ABA members advanced several important policy goals of the association over the last year, but much more needs to be done during this second session of the 117th Congress. Midterm elections scheduled for November may make progress even more difficult this year, but our GAO team is ready for the challenge and already working with ABA leaders and entities to identify opportunities to make progress where we can.

Follow us @ABAGrassroots on Twitter to monitor developments as they happen or to join our advocacy efforts.

This report is written by the ABA’s Governmental Affairs Office and discusses advocacy efforts by the ABA.