Boldly going where no lawsuit has gone before, two movie studios are contending that a crowdfunded Star Trek fan film has violated copyright law by—among many other things—using the Klingon language.

So on Friday the plaintiffs filed an amended complaint against Axanar and lead producer Alec Peters. Among other allegations, it says the filmmakers infringed on Star Trek copyrights by depicting characters with the “Vulcan appearance,” including pointed ears, wearing gold uniform shirts and, most interesting from a legal standpoint, speaking the Klingon language, says the Hollywood Reporter’s THR, Esq. blog.

Can a language, in fact, be copyrighted? That question has not yet been answered, the article says.

As the lawsuit notes, “Klingonese or Klingon, the native language of Qo’NoS, was first spoken in Star Trek—The Motion Picture in 1979. It was used in several works moving forward, including Star Trek III The Search for Spock.”

An earlier Geek post provides more details about the case, which was filed in federal district court in the Central District of California.

From the amended complaint: 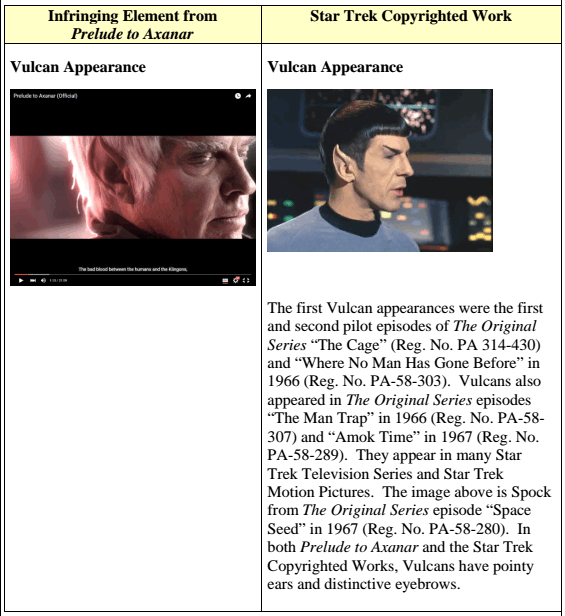