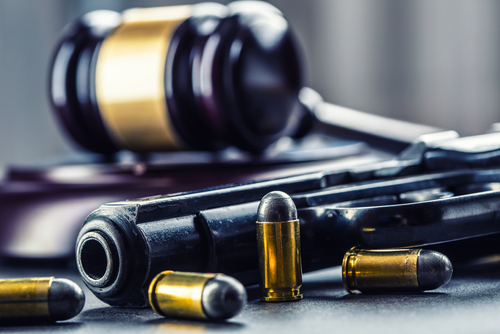 The U.S. Supreme Court has refused to hear an appeal by the maker of the Bushmaster semi-automatic rifle in a suit seeking to hold the gun manufacturer liable for the shooting at the Sandy Hook Elementary School.

The Supreme Court allowed the suit to go forward when it rejected the cert request by the Remington Arms Co. on Tuesday, report the Associated Press and the Connecticut Law Tribune.

The Connecticut Supreme Court had ruled in March that Remington could be sued over alleged marketing practices that violate the state’s unfair trade practices law. The court said a 2005 federal law that insulates gun manufacturers and sellers from liability for shootings did not bar the state law claim.

The suit was filed on behalf of a surviving staff member and the families of nine children killed in the December 2012 mass shooting. Twenty children and six adults were killed at the Connecticut school by the shooter, Adam Lanza, who also killed his mother and himself.

The plaintiffs had contended the Bushmaster used by Lanza was designed for military use but was instead marketed to civilians, including younger, at-risk males.

At issue was the reach of the Protection of Lawful Commerce in Arms Act, which generally preempts claims against makers and sellers of firearms for the criminal use of their products. An exception withdraws liability protection for knowing violations of state and federal laws.

Remington had argued in its cert petition that the exception does not apply to broad, generally applicable state statutes such as Connecticut’s Unfair Trade Practices Act. The company argued the Connecticut Supreme Court had given the exception too broad a reading.