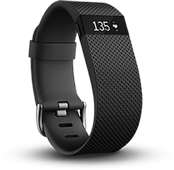 A would-be class action lawsuit filed on Tuesday claims Fitbit engages in unfair trade practices by selling “wildly inaccurate” pulse trackers and informing consumers of a lawsuit ban after they buy the product.

The suit, filed in San Francisco federal court, claims Fitbit’s Charge HR and Surge fitness watches, which use the “PurePulse” technology, misreport heartbeats, particularly during exercise. Ars Technica has a link to the complaint (PDF) in its story on the lawsuit.

The plaintiffs said Fitbit underreported their heart rate when compared to readings by a personal trainer, a chest-strap triathlon monitor and an exercise machine. A test by a cardiologist who compared Fitbit with an electrocardiogram found that, for heart rates above 110 beats per minute, Fitbits were off by an average of about 25 beats per minute, the suit alleges.

Yet Fitbit touted the technology with advertising slogans such as “Every Beat Counts” and “Know Your Heart,” the suit contends.

Fitbit’s own website says it requires arbitration of customer disputes and bars class actions, but third-party websites and brick-and-mortar stores have no advance notice of the requirements, the suit says.

Instead, Fitbit seeks to bind consumers to its dispute resolution methods after purchase by requiring online registration of its products. Instructions inside the box advise consumers of the need to go online; registration is required for PurePulse trackers to work, the suit says. Consumers who go online are then required to agree to the terms of service, according to the suit.

The attempt to bind consumers after purchases “is unconscionable, invalid and unenforceable,” the suit says. “It is also an unfair and deceptive trade practice in its own right.”

A Fitbit spokesperson told Ars Technica: “We do not believe this case has merit. Fitbit stands behind our heart rate technology and strongly disagrees with the statements made in the complaint and plans to vigorously defend the lawsuit. Fitbit is committed to making the best clip and wrist-based activity trackers on the market. Our team has performed and continues to perform internal studies to validate our products’ performance. … But it’s also important to note that Fitbit trackers are designed to provide meaningful data to our users to help them reach their health and fitness goals, and are not intended to be scientific or medical devices.”