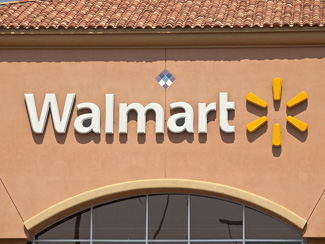 A lawsuit filed by a Nebraska man claims his wife would still be alive if a Wal-Mart employee had not overstuffed her grocery bag in April 2010.

The Lincoln Journal Star has details. The suit by William Freis of Plattsmouth says the grocery bag broke as his wife, Lynette, was walking to the car. The groceries fell on her toe, breaking it and causing a deep cut. The cut led to an infection, which spread throughout Lynette’s body and caused her death in March 2011, the suit claims.

The suit also targeted the maker and distributor of the plastic bags. It claims Wal-Mart was negligent in the training of employees who bag groceries, and that the defendants provided a defective grocery bag.

Wal-Mart spokesman Randy Hargrove told the newspaper that the company is investigating the allegations and customer safety is a top priority. The case was recently transferred to a federal court in Omaha.