Think only younger women are leaving BigLaw? The exodus is long-term 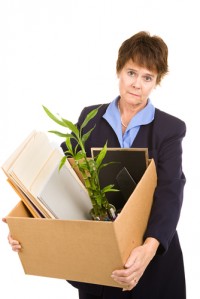 Women are leaving BigLaw more than men, and the exodus is not confined to women in their childbearing years.

Those findings are contained in research by ALM Intelligence that found there is no specific time in women’s lives when they are most likely to leave large law firms. Rather the departures are slow but consistent, Law.com (sub. req.) reported in July.

The statistics mean “a stampede of women are leaving in their menopausal years,” the Careerist says. “So much for the cozy myth that women are dropping out to pop out babies and drive the carpool.”

The Careerist spoke about the findings with University of California at Hastings law professor Joan Williams, who is director of the Center for WorkLife Law. Williams isn’t surprised that older women are leaving BigLaw.

“Women lawyers in their 50s are really upset about compensation. They have the sense that men and women are not treated fairly,” she said.

Williams told the Careerist that women’s dissatisfaction goes beyond pay. “They get weary of decades and decades of proving themselves and being service partners, getting penalized being for that role, then getting penalized more if they protest,” she said.