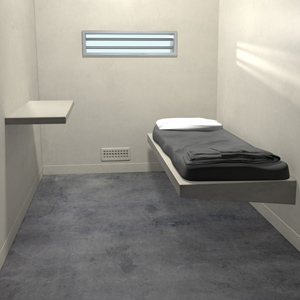 After years of sending youths to solitary confinement for days, weeks and even months at a time, the Illinois Department of Juvenile Justice has taken drastic steps to reduce the time young offenders spend in isolation.

The decision to move away from solitary confinement, or segregation, came as part of a consent decree in federal court between the department and the American Civil Liberties Union of Illinois.

But top department officials also said the research was too powerful to ignore.

Solitary confinement can be psychologically damaging, particularly among young people, and it has been tied to depression, paranoia, psychosis and even suicide, according to a number of studies.

“Now that we know all of this research, we are obligated to change the way we do business,” department director Heidi Mueller said in an interview. “We can’t be in the business of causing more harm.”

As we reported earlier this week, juvenile justice officials said they faced resistance from some guards at the Illinois Youth Center at Harrisburg, in southern Illinois, when the department decided to limit the use of solitary. Some guards believed the move left them without a key disciplinary tool and made their jobs more dangerous.

That story revealed that, since 2016, Harrisburg staff have sought more criminal charges for youth assaulting staff than employees at the state’s four other juvenile facilities combined. The underlying incidents may have previously landed youths in solitary or earned them lesser discipline.

Instead, almost a dozen young men from Harrisburg are staring down adult prison sentences.

While the department still uses solitary, the amount of time youths spend there has dropped. In October of 2011, the average length of time a youth at an Illinois juvenile correctional facility spent in solitary confinement was 50 hours, department data show. In April, that number was down to 4.9 hours.

That is by design—and by court order. The ACLU of Illinois sued the state’s juvenile justice department in 2012 over inadequate services and treatment of youths in custody, which led to a federal consent decree and a 2014 remedial plan that called for limiting the use of solitary confinement.

“I’ve spoken to youth who have been in confinement for 30 days, two months by themselves, for very, very trivial offenses,” Miller said. “It wasn’t just affecting a subset of youth. I can’t overstate the severity of what punitive solitary confinement was doing.”

By 2015, the department had banned the use of solitary confinement as punishment. It also restricted its use to no longer than 24 hours at a time, required that youths be given time outside the room for showers and recreation and it put in place stricter reporting standards for data collection.

In doing so, the department joined a growing number of juvenile correctional agencies across the country that have shifted away from solitary. How that has played out in Illinois as well as nationally is complicated. When the jail on Rikers Island in New York City ended solitary for juveniles and young adults, for instance, it faced criticism after rolling out an alternative: shackling young offenders at “restraint desks.”

Jessica Feierman, the associate director at the Philadelphia-based Juvenile Law Center, who has been studying the use of solitary in juvenile systems, said the agencies that have eliminated or significantly reduced the use of solitary have actually created safer facilities for staff and youths.

“The practice of solitary confinement is so harmful,” she said, “that states are recognizing this isn’t a way to treat children.”