Too many students are being diverted from school into the criminal justice system, report says 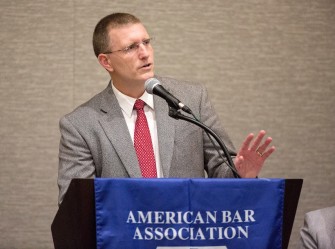 Key segments of the U.S. student population that are most in need of support from schools instead are being siphoned off into the criminal justice system, says a report that was issued in preliminary form Friday in conjunction with a program at the 2016 ABA Midyear Meeting San Diego.

The task force expects to finalize its report within the next few months and submit policy recommendations for the ABA’s House of Delegates to consider in August at the ABA Annual Meeting in San Francisco, said Sarah E. Redfield, a professor at the University of New Hampshire School of Law who chairs the task force.

Redfield is a co-author of the report with Jason P. Nance, an associate director at the University of Florida law school’s Center on Children and Families, who serves as reporter for the task force.

The focus of the report is “the continuing failures in the education system where certain groups of students—for example, students of color, with disabilities or LGBTQ—are disproportionately over- or incorrectly categorized in special education; are disciplined more harshly, including referral to law enforcement for minimal misbehavior; achieve at lower levels; and eventually drop or are pushed out of school, often into juvenile justice facilities and prisons—a pattern now commonly referred to as the school-to-prison pipeline.”

That pattern, Nance said, “may be the least effective way to rehabilitate a youth.” And, he said, it has a “disproportionate impact on students of color, LGBTQ and those with disabilities.”

The task force began its work in 2014, when it started holding a series of eight town hall meetings around the United States to gather input from teachers, school administrators, lawyers working in the juvenile justice system, and representatives of the criminal justice system. In particular, the task force sought to draw attention to the impact of implicit bias on policies in this area and to identify programs that show success in breaking down the school-to-prison pipeline. The report also summarizes the findings of other key studies showing the effect of the pipeline.

The school-to-prison pipeline “is one of our nation’s most formidable challenges,” states the report. “It arises from low expectations; low academic achievement; incorrect referral or categorization in special education; and overly harsh discipline, including suspension, expulsion, referral to law enforcement, arrest and treatment in the juvenile justice system.” And, the report notes, “Throughout these causes runs evidence of implicitly biased discretionary decisions, which, unintentionally, bring about these results.” 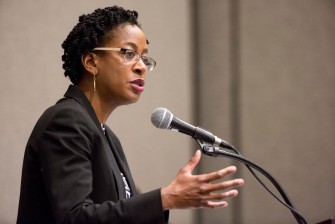 The report gives a preview of the policy recommendations that are likely to be put before the House of Delegates in August. “At their core,” the report states, “solutions should focus on ways to (a) improve academic achievement and increase the likelihood that students will remain in school, graduate and prepare to become positive, contributing members of our society; (b) decrease the number of suspensions, expulsions and referrals to law enforcement; and (c) decrease disparities along racial and other lines relating to discipline and academic achievement.”

Among its specific recommendations, the report calls for increased legal representation for students at the point of exclusion from school, and the development of training on implicit bias and “de-biasing” for teachers and school administrators, school resource officers, police, juvenile judges and others dealing with juveniles.

Video: Lawyers, educators and advocates discuss the impact of the school-to-prison pipeline on LGBTQ youth, along with ways to keep students of color out of the pipeline.