Updated: Thanks to all those who submitted dioramas to the ABA Journal’s Peeps in Law gallery.

There were 45 submissions from across the country and throughout the legal profession, including law-themed scenes by law students, law firms, ABA entities and even a judge in Missouri.

With so many good entries, we had more trouble narrowing the field to a short list of favorites than we thought we would. But we were up for the challenge. So, Peeps fans, here are our top three:

Following a reader poll, the winner of Peeps in Law ‘09 is 1L Peeps Study Group by the staff of the Ross-Blakley Law Library at Arizona State University. Their prize is bragging rights and our peepternal gratitude. 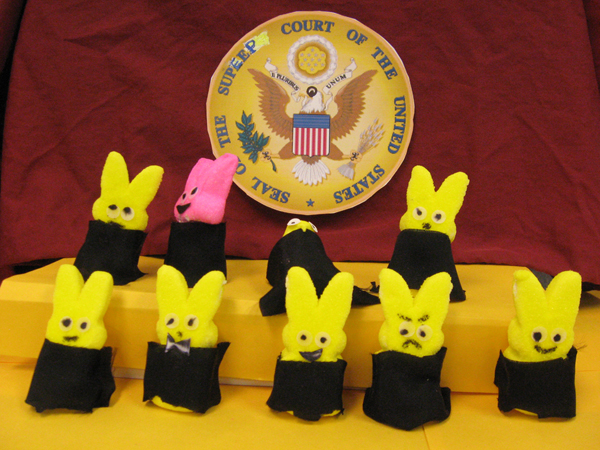 “I love looking at photos of the Supreme Court over time to watch it evolve. However, the photos are often very serious and intense. It was fun to do this lighthearted take on the Court’s annual photo.” 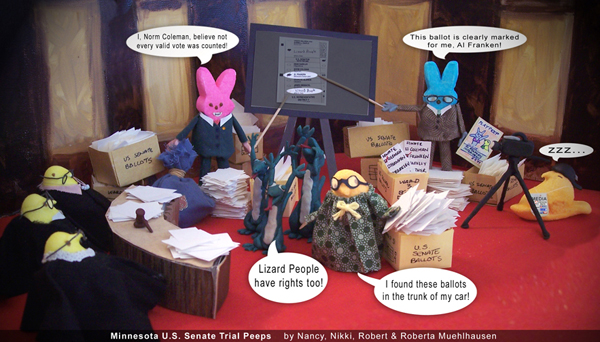 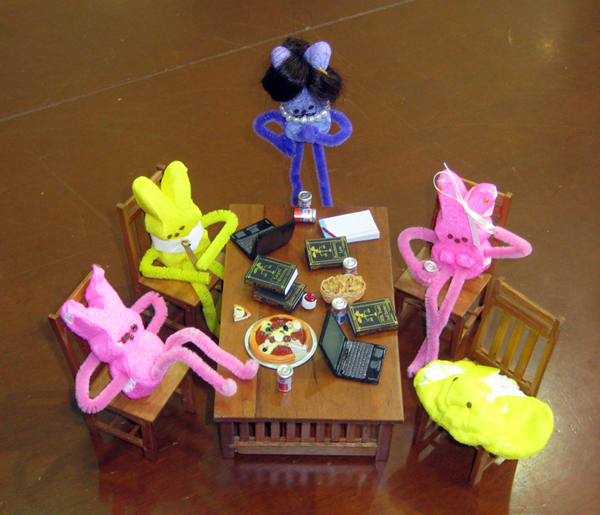 by Staff of the Ross-Blakley Law Library, Arizona State University

“A diligent group of law student peeps study for their upcoming final exams in the Arizona State University Ross-Blakley Library. All are wannapeep Peep Masons and Ally McPeeps. They are studying hard, hoping to learn it all before their brains turn to marshmallow. Alas, too late for 1L C. Little - he has had a meltdown! Since the law librarian is watchful, and the 1Ls are courteous library citizens, they are using their best inside peep cheeps.”