I went to law school to become a criminal defense attorney. I wasn’t a punk kid, but I had more than my fair share of run-ins with the law growing up in western Oklahoma and into college. I don’t think anyone from my past would say I was “bad” … but a few folks might throw out terms like rebellious, mischievous, difficult, ornery, bullheaded—you get the point.

While I knew I wanted to fight the people that fight crime, I had no idea I would want to be a trial attorney. That more or less fell into my lap as I realized sometimes you have to push a case to get justice. I’ve had some success in that area over the years, so I’ve stayed in the arena.

But just like I never knew I would end up a trial attorney, I never imagined how often that life could put you in the position of battling the urge for pretrial publicity. Some attorneys feed off it; others, like me, try to stay away from the trap. Regardless, the snare is always there.

‘Trial by Media: The Truth Behind the Crimes’

Netflix—in its never-ending quest to produce as much “true crime” fodder as possible—released another docuseries this year entitled Trial by Media: The Truth Behind the Crimes. The series’ first season consists of six episodes. George Clooney is touted as one of the show’s executive producers, so it already has some significant star power by association.

The Season 1 trailer starts with an attorney stating, “I found out early on as a lawyer it doesn’t matter about the law. It’s about being able to tell a story.”

While I agree to a certain extent (depending on the venue), the trailer gives the impression that the series is more concerned with how the story is told than the story itself. There are mentions of the court of public opinion, and a large focus seems to be the role media plays in high-profile criminal cases.

As a practicing criminal defense attorney myself, I couldn’t find the time to review each of the hour-plus episodes. The trailer gives the impression that each installment is a stand-alone entry, so I figured one would be enough. As I was scrolling through the list to see if any episode piqued my interest, I came across a familiar moniker: the “Subway Vigilante.”

The title took me back to a law school classroom over 12 years or so ago. I remember sitting in my criminal law course and hearing my professor discuss Bernhard Goetz, the white man who shot four Black teenagers (ages 18 and 19) on a New York City subway “in self-defense” back on December 22, 1984. The explanation was my first exposure to notions of mens rea and reasonableness as they related to affirmative defenses in criminal cases.

Goetz initially achieved something akin to “folk hero” status, as he claimed he fired the shots in defense of a potential mugging. The press and tabloids jumped all over the story: Goetz was the man who finally fought back. Media dubbed him the “Subway Vigilante” for defending himself against the street criminals running rampant in the city at that time. Once official charges were formally filed, Goetz faced four counts of attempted murder, four counts of first-degree assault, four counts of weapons possession and one count of reckless endangerment.

The shooting had alleged racial undertones—after all, a 37-year-old white man had shot and injured four Black teenagers, one very seriously, and then fled the scene. Al Sharpton presented one of the loudest voices against Goetz’s actions, noting, “We were able, for the first time, to get the issue of race front and center in the city in a mass media setting.”

Still, street crime had become such an issue that race was almost pushed to the side in the grand scheme. There were interviews with Black people agreeing with Goetz’s actions. There were Guardian Angels of color who supported him holding up “Free Bernhard Goetz” signs, and other Black members of the volunteer crime-prevention organization aided the defense during trial in one of the demonstrative recreations.

Roy Innis, chairman the Congress of Racial Equality, supported Goetz’s position to defend himself. The NRA, whose popularity surged after the shooting, used him as a poster boy, more or less. NYC residents were fed up, scared and exhausted from trying to protect themselves. Different times have different problems that affect the collective consciousness, and as one speaker on the series put it, this case “put the era on trial …” 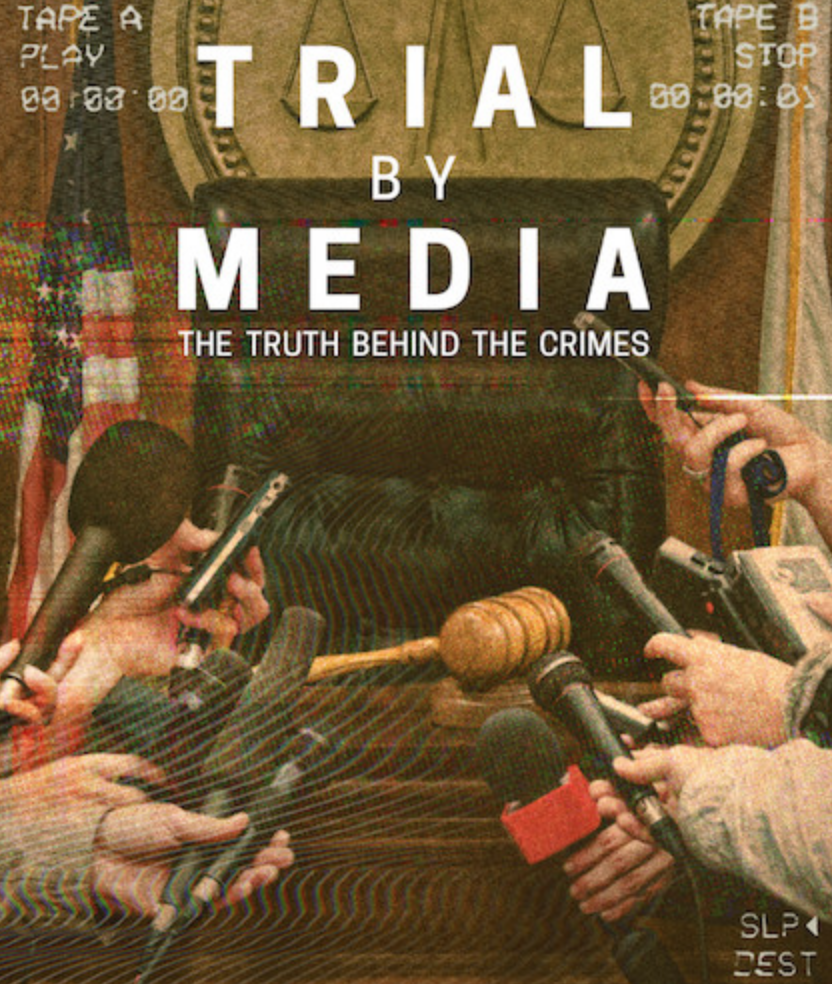 Some of Goetz’s glimmer began to wear off, though, once the prosecution put into the public record some of his videotaped statements. Prosecutors refused to make the tapes public, but they did release excerpts from the recordings that painted this newfound folk hero in a more negative light. Later on, his testimony during a collateral civil trial related to the shooting further showed that Goetz was a racist and a bigot with a very flawed view of race relations and racial groups. Similarly, as his criminal trial approached, Goetz wasn’t doing himself any favors, either.

Aside from a gag order, there are no prohibitions on a defendant speaking with the media. Goetz did various in-person television interviews while the case was pending. There was a building sense among media that every sound bite Getz provided, along with the recorded statements that existed, would haunt him as his trial began in 1987.

While there aren’t many hardline restrictions relating to defendants discussing their cases in the news before disposition, there are specific rules and regulations for attorneys regarding pretrial publicity. According to the ABA Model Rules of Professional Conduct, Rule 3.6, a lawyer participating in litigation “shall not make an extrajudicial statement that the lawyer knows or reasonably should know will be disseminated by means of public communication and will have a substantial likelihood of materially prejudicing an adjudicative proceeding in the matter” aside from a few exceptions.

Goetz was represented by Mark Baker and his partner Barry Slotnick, two attorneys notorious for representing John Gotti and other members of organized crime. During the series, Baker mentions that the “… media attention … was just a lawyer’s dream.” Although I don’t agree with that sentiment, as I try to keep my cases out of the news, I continue to see various instances of attorneys toeing the line.

I wasn’t able to locate any videos on the internet showing the defense attorneys’ pretrial comments. Moreover, the episode doesn’t show much of the pretrial publicity by the attorneys.

Nevertheless, various still-frame photos give off the impression the defense made sure their opinions were heard. Furthermore, the episode shows at least one clip of Slotnick in front of reporters with a mic in his face, which leads one to believe he wasn’t afraid to employ the media if necessary. In that clip—either recorded during the trial or directly leading up to it—Slotnick states, “I will be prosecuting those four thugs that ventured upon Bernhard Goetz and meant to do him ill will and rob him. I don’t understand why they weren’t prosecuted.”

Slotnick’s statement may have crossed the line. I have fewer qualms about commenting on someone else’s case when contacted by media than discussing the ones I personally represent. I don’t want my cases litigated in the news, and I don’t comment on my cases unless I have to protect my client from the prejudicial effect of recent publicity not initiated by the defense or the defendant.

I don’t feel the need to puff my chest out in front of a camera to get my point across; on the contrary, I would much rather wait to get my point across to the empaneled jury. I expect the same from the prosecution, and I think it’s good karma to try your best to practice what you preach.

Notwithstanding, Goetz was acquitted of the attempted murder, first-degree assault, reckless endangerment and three of the four weapons charges.