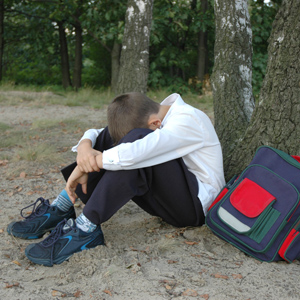 A West Virginia task force is considering alternatives to juvenile confinement after a crackdown on truancy may have contributed to a spike in the number of youths confined to juvenile facilities.

Though West Virginia has one of the lowest juvenile crime rates in the country, it outpaced every other state in its increase in youths confined to juvenile facilities between 1997 and 2011, BuzzFeed reports. Since 2002, referrals to the court system for status offenses increased by 124 percent in the state, and nearly half those referrals were for truancy.

West Virginia started a crackdown with a 2010 law that said truancy would be established with only five, rather than 10, unexcused absences. Lawmakers also passed a resolution calling on school boards and courts to treat truant students as status offenders.

The task force will work with Pew Charitable Trusts, which published a study on the increase in juvenile commitment. One of the task force members is Kathy Jo Smith, who says a judge gave her 17-year-old son probation for breaking into a neighbor’s garage and then ordered him housed in a juvenile detention center after he violated probation by getting into a fight at school. West Virginia Circuit Judge Alan Moats, the judge who oversaw the youth’s case, is considered the architect of the state’s anti-truancy initiative.

Smith’s son spent more than 100 days in confinement for the probation violation before he was able to contest it. The youth said he was just horsing around, while the other student said it was bullying and that Smith’s son had previously poured kitty litter and brake cleaner on him. Moats ordered Smith’s son into the custody of the Department of Juvenile Services until he turned 21. The youth was released after spending 13 months in three different centers, however, as Smith pursued appeals, the story says.

“I think they knew I was a mom who wasn’t going to shut up and go away,” Smith told BuzzFeed.