Trump says he will send in the feds if Chicago's murder 'carnage' continues; can he legally do it? 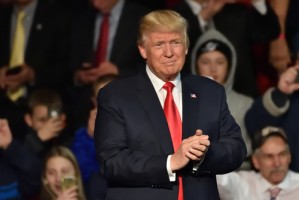 President Donald Trump said in a tweet on Tuesday that he will “send in the feds” if Chicago “doesn’t fix the horrible ‘carnage’ going on.”

Trump didn’t specify how he intended to help Chicago combat violence in the city, but one obstacle could be the Posse Comitatus Act of 1878. The law bars the deployment of federal troops in law enforcement, the Chicago Tribune and the Associated Press report.

The law was passed amid suspicion that federal troops had influenced the southern vote in the 1876 election, according to an article published last spring in the Nevada Law Journal (PDF).

The article acknowledges some early debate about whether the law applied to presidential actions, but it concludes the Homeland Security Act of 2002 settled the question. The 2002 law created an exception to the ban that allows the use of armed forces to “respond promptly in time of war, insurrection, or other serious emergency.”

Trump or Illinois Gov. Bruce Rauner could try another tack by mobilizing the Illinois National Guard, according to AP and the Tribune. But Rauner said in August he had ruled out the idea after discussing it with police and community leaders.

Another possibility is embedding FBI agents with local police, an idea once used to aid police in Prince George’s County, Maryland, the Washington Post reports.

In an interview on WTTW on Tuesday, Chicago Mayor Rahm Emanuel said federal agencies already help the city, but there is more that could be done. He said the federal government could provide money to hire more police officers, could provide resources to track illegal guns, and could step up federal prosecutions.

According to AP, federal prosecutors could bring more gun charges and could use racketeering laws to prosecute street gangs.