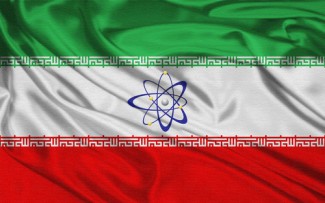 Updated: President Donald Trump announced on Friday that he will refuse to certify Iran’s compliance with the international nuclear deal reached in 2015, even as he seeks to keep the agreement in place, for now.

By refusing to certify compliance, the issue goes to Congress, report the New York Times and the Washington Post. Lawmakers could decide to reimpose sanctions, which would “blow up the agreement,” according to the Times. But the administration will ask Congress instead to set “trigger points”—such as continued ballistic missile launches—that could result in additional sanctions in the future.

“Trump’s compromise,” the Post reports, “gives at least temporary reprieve to an agreement that limits Iran’s nuclear activities and opened its economy to greater Western investment.”

Trump announced his plans in a speech Friday that “mixed searing criticism of Iran with more measured action,” according to the New York Times.

Trump warned that the Iran deal could still be terminated “in the event we are not able to reach a solution working with Congress and our allies.”

Sen. Bob Corker, R.-Tenn., on Thursday released a plan that would resurrect sanctions if it appeared Iran could produce a nuclear weapon within a year or if it violated other restrictions.

Besides Iran and the United States, countries participating in the agreement are Britain, France, Germany, Russia and China.

The White House released this early statement about Trump’s plan: “The United States’ new Iran strategy focuses on neutralizing the government of Iran’s destabilizing influence and constraining its aggression, particularly its support for terrorism and militants. We will work to deny the Iranian regime—and especially the Islamic Revolutionary Guard Corps (IRGC)—funding for its malign activities, and oppose IRGC activities that extort the wealth of the Iranian people. We will counter threats to the United States and our allies from ballistic missiles and other asymmetric weapons.”

Updated to report on Trump’s announcement.