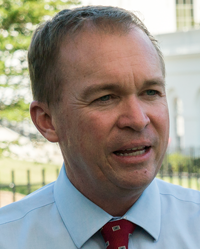 The Office of Fair Lending and Equal Opportunity is being moved within the director’s office and will now be focused on advocacy, coordination and education, the Washington Post reports. The office’s enforcement powers will be shifted to the division of Supervision, Enforcement, and Fair Lending, which pursues a broad range of cases. The story is based on two anonymous sources and emails reviewed by the newspaper.

Civil rights and consumer groups fear the move will weaken enforcement of civil rights laws, but a spokesman for interim CFPB chief Mick Mulvaney—who is also the Office of Management and Budget director—claims the reorganization will increase “efficiency and consistency without sacrificing effectiveness.”

Among those expressing concern is Vanita Gupta, who led the Justice Department’s civil rights division in the Obama administration. “What we’re seeing in this move is a push to erode the federal civil rights machinery,” she told the Post.