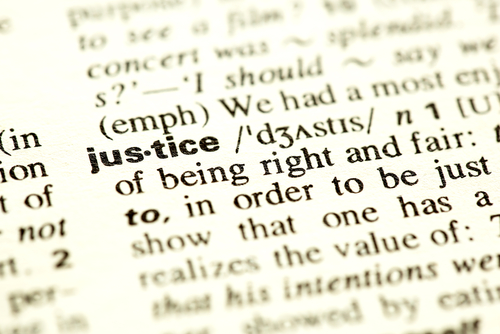 Two-thirds of people across all income levels in the United States experienced at least one legal problem in the past four years, according to a new nationwide justice needs study released Wednesday.

Meanwhile, 49% of those identified legal issues were completely resolved, according to the study conducted by the Institute for the Advancement of the American Legal System and the Hague Institute for Innovation of Law.

Overall, 55 million Americans experience 260 million legal problems on an annual basis, according to the report, titled Justice Needs and Satisfaction in the United States of America 2021. Of those legal issues, 120 million are not “resolved fairly” every year, the study found.

“Access to justice is not a niche problem; it’s a very broad social problem,” said Martin Gramatikov, measuring justice director at the Hague Institute for Innovation of Law during a webinar Wednesday unveiling the results.

The study’s findings stem from an online survey of 10,058 Americans conducted last year. The survey found that Americans experience legal problems at approximately the same rates across income levels, but the types of issues different income groups most often experience vary.

Criminal issues were most common among lower-income earners making less than $25,000 per year. As for those Americans making more than $100,000 annually, personal injury and property damage were among the most common legal problems.

David Yellen, CEO of the Institute for the Advancement of the American Legal System, expressed optimism during the Wednesday event that the new report could help ensure justice reform efforts are better targeted because the study provides detailed information about the extent of the country’s access-to-justice crisis.

“This data provides important insights into the problems that people experience and their perceptions of their justice journey outcomes—both should inform evidence-based reforms to achieve improved outcomes and close the access-to-justice gap,” the report said.

In light of the justice needs across the country, the ABA has consistently advocated for the Legal Services Corp. to be provided a larger budget from Congress.