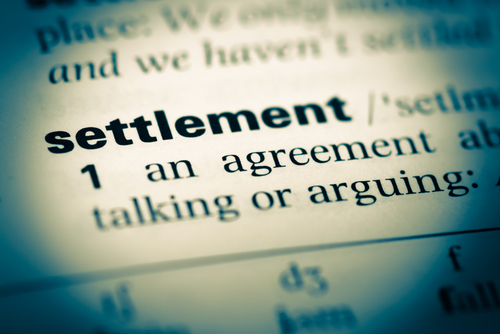 O’Keefe Lyons had filed the federal lawsuit in Chicago last July claiming the other firm’s use of the name was causing confusion. Both firms handle property tax appeals. O’Keefe Lyons was formed in 1937 while the O’Keefe Law Firm was formed in 2012.

Terms of the settlement agreement were not disclosed, Law360 reports. A lawyer with the O’Keefe Law Firm told Law360 that it will be able to keep using the name, while a lawyer representing O’Keefe Lyons said the firm had achieved its goals.

The O’Keefe Law Firm website has a disclaimer in the lower right-hand corner that says it is “not affiliated with O’Keefe, Lyons, and Hynes.” It has a stylized “O” next to its name and it lists several areas of practice.

Both firms moved to dismiss the case in a joint stipulation dated March 7.