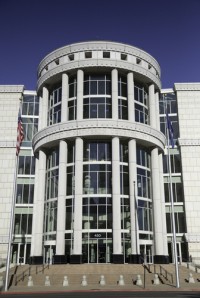 Corrected: The Utah Supreme Court has given the green light to allow licensed paralegal practitioners to help clients navigate the legal system, though the new professionals won’t be allowed to appear in court.

The new LPP could help clients fill out legal forms, prepare settlements and represent them in mediated negotiations, the Salt Lake Tribune reports in a story on a judicial council briefing on recommendations for the new program.

Utah Supreme Court Justice Deno Himonas, who chaired a task force on limited legal licensing, told the council that a licensed paralegal practitioner could help people who can’t afford a lawyer or who don’t want to pay for one.

The task force report (PDF) recommended that LPPs be allowed to provide help in specific areas of family law, eviction and debt collection.

Now that the state supreme court has backed LPPs, the Salt Lake Tribune reports, the next step is appointment of a committee “to figure out the nuts and bolts of how the program will work, including what educational requirements will be needed and what the exact limitations will be.”

Utah State Bar spokesman Sean Toomey told the Salt Lake Tribune the bar is pleased with the quick release of the task force report and it “looks forward to considering its recommendations.”

Updated on Dec. 18 to correct the title to “licensed paralegal practitioners.” Typo in third paragraph corrected on Dec. 23.