The Utah Supreme Court has proposed far-reaching regulatory reforms that would broadly open up the state’s legal marketplace to nonlawyers, including allowing them to own or invest in law firms.

The court’s proposals, which were released Friday, also would eliminate the prohibition on attorney fee sharing with nonlawyers and call for the creation of a new Office of Legal Services Innovation.

The concepts put forward by the Supreme Court stem from work conducted by Utah’s Implementation Task Force on Regulatory Reform, which was created in the aftermath of a previous working group’s report released last summer that recommended a variety of measures to strengthen access to justice. The court is seeking comment on its reform proposals through July 23.

If Utah were to allow alternative business structures in the law, it would join the likes of the United Kingdom and Australia in doing so and take the boldest step among U.S. jurisdictions currently weighing regulatory reforms.

Utah Supreme Court Justice Constandinos “Deno” Himonas told the ABA Journal that allowing nonlawyers to own or invest in legal services providers could help bring the capital and talent needed to develop innovative ways of increasing access to justice. 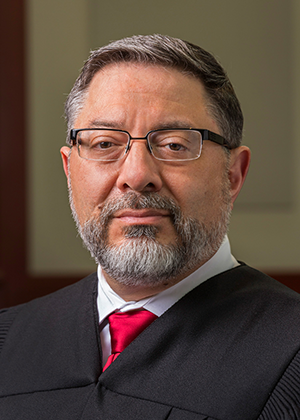 “We are envisioning a combination of lawyer and tech people working together to use the platforms of the 21st century in providing legal services,” says Himonas, who heads the Utah Implementation Task Force on Regulatory Reform.

He says lawyers working in alternative business structures would still need to uphold core ethical duties, including the duty of loyalty to a client and the duty of confidentiality.

Additionally, a pilot regulatory sandbox will be used to oversee and evaluate nontraditional legal services providers and entities offering new types of legal services. This oversight would be provided by a new Office of Legal Services Innovation, which will work to ensure sandbox participants are meeting various regulatory objectives and principles set forth by the Utah Supreme Court. A process will be established for determining which participants can exit the sandbox and receive the appropriate license to practice law.

“It’s in no way, shape or form just a free-for-all, ‘let’s open it up to outside ownership of law firms,’ ” Himonas says.

The justice also says the COVID-19 pandemic has created a need for affordable innovations in the legal world in short order.

For that reason, sandbox proposals from individuals and entities who believe they can offer low-cost or no-cost legal services for issues stemming from the novel coronavirus will be considered for expedited approval prior to the public comment period closing.

“This pandemic has highlighted the need for regulatory reform,” Himonas says.