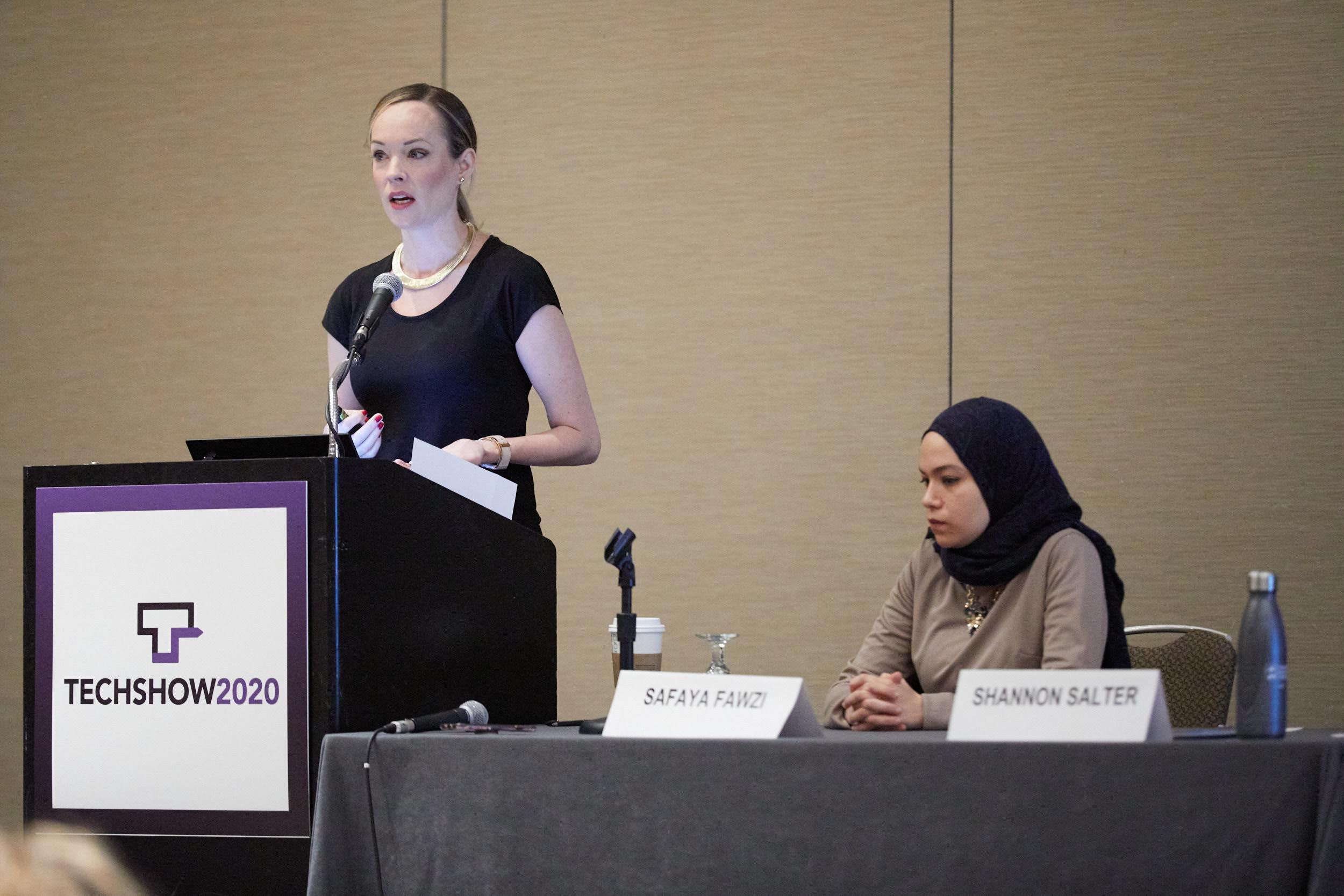 Interviewing job candidates over the phone, rather than in person, can help employers avoid prejudices in employment decisions. It’s also useful to rank applicants based on job requirements, rather than if you think the candidate is a good fit, according to Shannon Salter, chair of Canada’s Civil Resolution Tribunal.

“In environments where hiring is done on a ‘fit’ basis, that can be a code for, ‘You kind of look like me,’ and we are comfortable with people who look like ourselves,” said Salter, whose spoke on a Friday ABA Techshow panel titled “Rise Up: Diversity, Leadership & Innovation.”

Safaya Fawzi, the associate director of the ABA’s Diversity & Inclusion Center, and Dennis Garcia, a Microsoft Corp. assistant general counsel, also spoke on the panel, which took place at the Chicago Hyatt Regency.

“Because maybe someone fits the bill of some sort of stereotype I might have about who can be a judge,” she added.

According to data presented by Fawzi, 83% of all tech executives are white. Comparatively, 85% of all attorneys are white, according to the 2019 ABA Profile of the Legal Profession.

“It’s not good that they’re so close. There’s serious disparities among people of color, the LGBTQ community and people with disabilities,” she said.

The issue of retaining diverse lawyers came up in the discussion as well. At Microsoft, there’s a program focused on recruiting lawyers who already work for the business.

“Quite frankly, our terrific diverse lawyers are also highly coveted. We are finding that we have to do more to really earn their trust. My folks are based all over the U.S., and I have to do a better job at creating proximity with folks on my team,” said Garcia, who works out of Chicago.

“We’re also trying to do a better job at career development, and giving more meaningful feedback,” he added. “The only way you will develop and grow as a lawyer is being provided with constructive feedback, and we’re finding you really need to take the time to do that.”