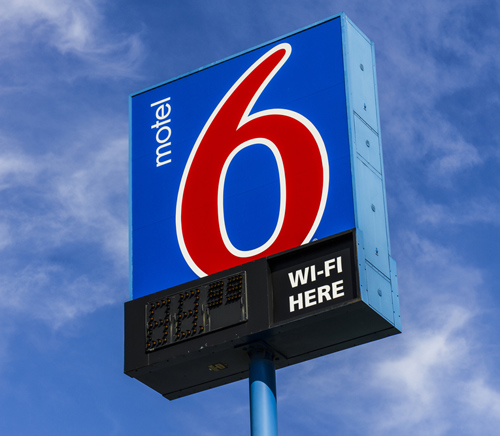 Updated: Washington Attorney General Bob Ferguson is suing Motel 6 “for voluntarily providing guest lists to agents of U.S. Immigration and Customs Enforcement,” on a routine basis for at least two years, which led to the detention of at least six people presumed to be in the country illegally, according to a press release issued Wednesday.

“The voluntary release of this information constitutes an unfair and deceptive business practice, and violates the [Washington] Consumer Protection Act” and the Washington Law Against Discrimination, according to the attorney general’s office.

Beyond the release of information, the suit alleges that Motel 6 knew that federal agents used the personal information “to identify and single out guests based on national origin, including guests with Latino-sounding names.”

Motel 6’s parent company, G6 Hospitality, LLC, shared the following comment over email, “In September, Motel 6 issued a directive to every one of our more than 1,400 locations, making it clear that they are prohibited from voluntarily providing daily guests lists to Immigration and Customs Enforcement (ICE). Motel 6 takes this matter very seriously, and we have and will continue to fully cooperate with the Office of the State Attorney General.”

ICE spokeswoman Yasmeen Pitts O’Keefe told the Wall Street Journal (sub. req.) in a statement that “the agency receives ‘viable enforcement tips from a host of sources’” but “does not typically disclose or discuss specific information related to the source of its enforcement leads.”

The federal agency was not named as a defendant in the suit.

The attorney general’s investigation into this matter began after two Motel 6 locations in Phoenix, Arizona, admitted last year that they were voluntarily handing over guests’ personal information to ICE agents. The practice has since been stopped by the chain.

Ferguson says his office is investigating another 20 Motel 6 locations.

Updated on Jan. 4 to include comment from G6 Hospitality.