We worked harder than today's young lawyers, nearly half of surveyed partners say 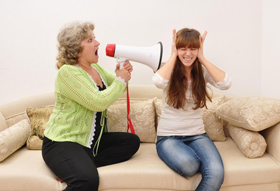 Partners have a less-than-rosy view of associates’ work habits and dedication to work, according to a study of generational dynamics at law firms released on Thursday.

Only a bare majority of partners think younger lawyers are as good at their jobs as they were, and nearly half don’t think younger lawyers work as hard as they did, according to the study, Multiple Generations in Law Firms Working Together, by the National Association for Law Placement and PP&C Consulting.

The findings were based on a survey of 1,394 partners and 1,079 associates during 2019, according to a press release.

The survey asked partners how much they agreed with a series of statements. The findings:

• Fifty-six percent agreed with the statement, “The younger lawyers in my firm are just as good at their jobs as my classmates were.” Twenty-six percent were neutral, and 18% disagreed.

• Only 31% agreed with the statement, “The younger lawyers in my firm work as hard as my classmates did.” Another 22% were neutral, and 47% disagreed.

• Forty percent agreed with the statement, “The younger lawyers in my firm expect too much from the firm.” Thirty-five percent were neutral, and 25% disagreed.

• Forty-one percent agreed with the statement, “The younger lawyers in my firm are not as ambitious as my classmates were.” Twenty-nine percent were neutral and 30% disagreed.

• Thirty-six percent agreed with the statement, “The younger lawyers in my firm put their own needs and interests ahead of those of the firm and our clients.” Another 36% were neutral and 29% disagreed.

Partners also differed from associates on why associates left law firms. Both groups cited better opportunities or improved work-life balance as main reasons for departures. But many differed on whether performance-related issues were a factor. Only 15% of associates thought they were, while 44% of partners thought so.

The partners and associates also differed on whether they expect work to be a central part of their lives. Seventy-three percent of partners had the expectation, compared to only 60% of associates.

“The unstated assumption about law firm life is that the associates are engaged in a multi-year ‘tournament’ and that the winners will emerge as partners at their current firms,” the report said. “It’s a nice metaphor but the survey results suggest that from the outset the majority of associates aren’t interested in participating in the joust.”

Despite the differences the survey also found the generations had some things in common. One example: All the groups liked the intellectual challenge of the work, which ranked second for associates and Millennial partners, and first for Generation X and baby boomer partners.

Twenty-five percent of those surveyed were from regional firms, 50% were from national firms and 25% were from the nation’s 200 highest-grossing law firms.

Bloomberg Law and Law.com had coverage of the survey findings.

Previous:
BigLaw pay cuts and layoffs are likely to multiply, experts say; which firms are doing it?