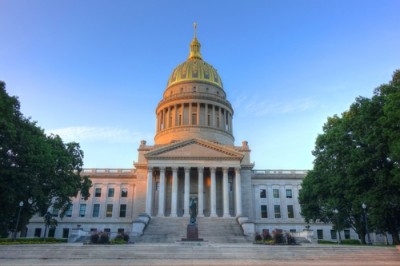 Justice Robin Davis of the West Virginia Supreme Court of Appeals has resigned after the state’s House of Delegates voted Monday to impeach her and three other justices remaining on the court.

Davis, a Democrat, is resigning in time to allow voters to elect her replacement in a special election in November, report the Wall Street Journal, the Review and the Intelligencer.

The four impeached justices were accused of failing to develop guidelines for the use of public resources. If the three other justices are convicted by the Senate, their replacements will be named by Republican Gov. Jim Justice until a special election can take place in two years.

Davis was also accused spending more than $500,000 on a renovation of her offices, leading to an impeachment charge of “unnecessary and lavish spending.” The amount tops the spending of any other West Virginia justice, including indicted Justice Allen Loughry, who was accused of unnecessary spending for renovations that cost $363,000.

Loughry, a Republican, was also accused of moving a $42,000 antique desk owned by the state to his home, lying to lawmakers about the desk, and using state vehicles for personal travel. A federal indictment in June accuses Loughry of fraud, lying to federal agents and trying to influence grand jury testimony.

Loughry, Davis and Chief Justice Margaret Workman, a Democrat, are also accused of authorizing payments to senior status judges above amounts allowed by law. Workman issued a statement that said she is not resigning because “there is no basis for my impeachment.”

Davis accused the Republican-controlled House of “positioning to impose their own policy preferences.”

“What we are witnessing is a disaster for the rule of law, the foundation of our state, and indeed, our very society,” she said in a statement. “For when a legislative body attempts to dismantle a separate branch of government, the immediate effects, as well as the precedent it sets for the future, can only be termed disastrous.”

Justice Menis Ketchum, another Democrat, resigned ahead of the impeachment vote after an audit found he used state vehicles for personal use. He agreed in a plea agreement to plead guilty to a count of wire fraud. His seat will also be filled in the election.

The other impeached justice is Beth Walker, a Republican.