What do lawyers think of the label 'white shoe' for law firms? 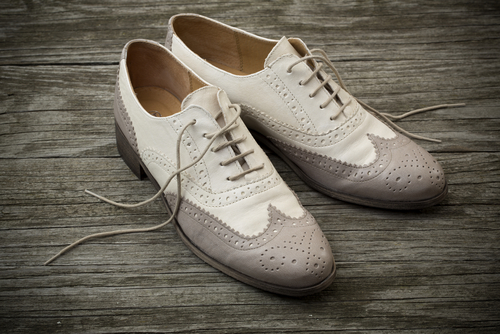 Lawyers and legal professionals are divided on whether to retain the term “white shoe” to describe the most prestigious law firms.

In an online survey conducted by American Lawyer Media, a majority of lawyers—64%—favored retaining the term, while a majority of business professionals at law firms—62.5%—said the term should be retired.

Law.com reported on the survey results.

Among all survey respondents, 50.6% said the label should continue to be used, while 44% said it should be ditched.

Those who wanted to keep using the term “white shoe” said it is part of the legal industry and is an “evocative, meaningful phrase.” Those who opposed it said it is an antiquated term that implies white male privilege and the exclusion of women and minorities.

Columnist William Safire wrote a column on the term “white shoe” for the New York Times in 1997.

The source of the term, Safire explained, comes from the white color of the “casual, carefully scuffed buckskin shoes with red rubber soles and heels worn by generations of college men at Ivy League schools.”

When Safire wrote his column, Webster’s New World Dictionary defined “white shoe” as “designating or characteristic of a business company, esp. a law firm or brokerage, in which the partners belong almost exclusively to the WASP upper-class elite and are thought of as being cautious and conservative.”

Now, Merriam-Webster has this definition of “white-shoe,” when used as an adjective, online: “Of, associated with or characteristic of the privileged moneyed upper class: upper-crust.”

Safire noted an American Lawyer story in which an unidentified recruit spurned the white-shoe label in describing Kirkland & Ellis. The law firm, he said, consists of “hip people of the ’90s who have shed the old stuffy white-shoe law firm attitude for an open, work-hard-and-play-harder lifestyle.”

Law.com spoke with representatives of Sidley Austin and Milbank about the term in a story published at about the same time as its survey.

Milbank chair Scott Edelman said the “white shoe” term “often connotes an old-fashioned firm that lacks diversity and fails to appreciate inclusiveness.” Milbank has distanced itself from the outdated moniker, he said.

When Safire wrote his column in 1997, the footwear of choice for “nouveau-riche derogators of the old-line firms” was a loafer with a brass link ornament made by Gucci. The New York Times noted a different shoe style in 2011, when it described a series of federal appeals as taking on the feel of “a traveling road show in wingtips.”

Women once thought of white shoes in another sense—a faux pas when worn after Labor Day, Safire said.

Shoe choice presented another conundrum for women, according to a 2010 column by the American Lawyer’s Careerist columnist. The issue: Should female lawyers only wear pumps to court, or are peep-toe shoes acceptable?

Shoes were an issue in a 2009 Florida court case, when a plaintiffs lawyer who didn’t like the holes in his opponent’s tasseled loafers filed a “motion to compel defense counsel to wear appropriate shoes at trial.” The lawyer contended that his opponent’s tattered shoes were a ruse to make jurors think that he is a humble person.