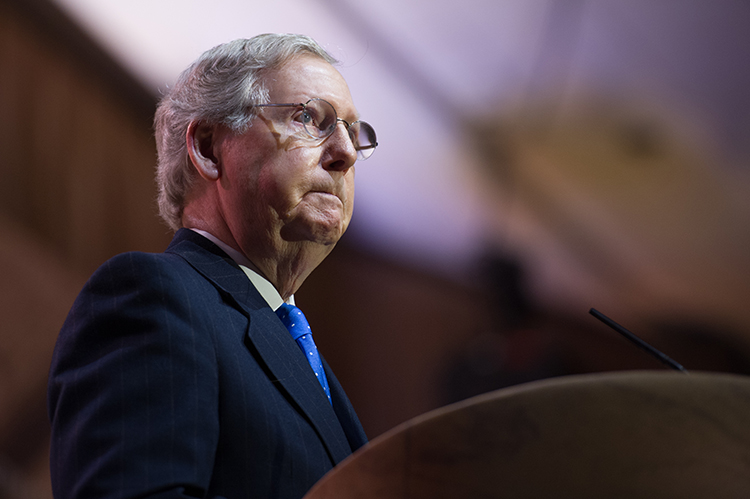 President Donald Trump is expected to select a Supreme Court nominee from a four-person list when he makes his announcement at 9 p.m. Eastern Time on Monday.

The judges on the list are reportedly Thomas Hardiman, Brett Kavanaugh, Amy Coney Barrett and Raymond Kethledge, report the Washington Post and the New York Times. Trump told reporters on Sunday that he is “very close to making a decision” and all four people on the list are “excellent. Every one. You can’t go wrong.”

Kethledge, a graduate of the University of Michigan Law School, is a former Kennedy clerk and a former in-house lawyer at Ford Motor Co.. Hardiman was the first person in his family to attend college, and he helped pay for his Georgetown University law degree by driving a taxi. Trump’s sister, a retired federal judge, served with Hardiman on the 3rd Circuit and reportedly recommended him for the job. He was a runner-up last year when Trump nominated Neil Gorsuch to the Supreme Court.

McConnell reportedly told Trump that Kavanaugh, a former assistant and staff secretary to former President George W. Bush, has an extensive paper trail that could help Democrats prolong the nomination process. Kavanaugh, a judge on the U.S. Court of Appeals for the D.C. Circuit, is also a former Kennedy clerk. He was said to be the leading contender in the days after Justice Anthony M. Kennedy announced his retirement.

Barrett, confirmed to the Chicago-based 7th U.S. Circuit Court of Appeals on Oct. 31, has faced opposition by abortion rights groups because she has called Roe v. Wade an erroneous decision. Barrett is a former clerk for Justice Antonin Scalia.

The Times says Trump has recently been asking associates about Hardiman, and has also been talking about Barrett and Kavanaugh. Trump has been struggling with Kavanaugh’s association with the Bush family, however, an issue the Post calls the “Bush factor.”

Trump is said to have apparently lost interest in Kethledge. According to the New York Times, Trump “found him likable but comparatively dull.”

Fix the Court has released financial information on the contenders here.

I have long heard that the most important decision a U.S. President can make is the selection of a Supreme Court Justice - Will be announced tonight at 9:00 P.M.