Which words would you banish, if you could? 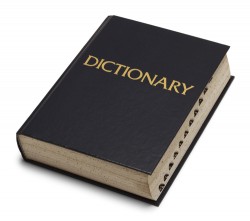 The American vocabulary is constantly changing. And social media platforms have a vernacular of their own.

But not everyone thinks change is for the better. For the 40th straight year, the powers that be at Lake Superior State University in Sault Ste. Marie, Michigan, have come out with a List of Words Banished from the Queen’s English for Mis-use, Over-use and General Uselessness.

One word that made the list was hack, “for over-use and mis-use.” Others are foodie and swag, which have been nominated frequently in recent years.

So this week, we’d like to ask you: Which words would you banish, if you could? When we asked this question in 2011, words that made the list included viral, BFF and epic.

Read the answers to last week’s question: What are your time-saving habits?

Posted by TDR: “I knew someone who got their kids dressed for school the night before so they would only have to roll out of bed and eat breakfast in the car while driving to school.”