WikiLeaks founder is questioned in Ecuadorian embassy about rape allegations 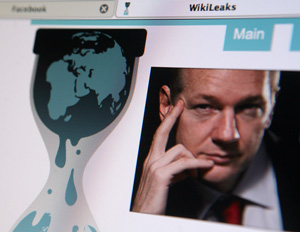 An Ecuadorean prosecutor questioned WikiLeaks founder Julian Assange at the Ecuadorean embassy in London on Monday as part of Sweden’s investigation into allegations Assange committed rape in 2010.

The questioning followed “years of complicated diplomatic and legal negotiations,” according to CNN. Assange’s Swedish lawyer, Per Samuelson, told Reuters he wasn’t allowed to be present during the questioning. Assange’s Ecuadorean defense lawyer appeared to be at the meeting, however.

Assange took refuge at the Ecuadorean embassy four years ago. He has refused to submit to questioning in Sweden because he fears extradition to the United States where he is under criminal investigation for leaking classified U.S. documents. He has denied the rape allegations.

Assange had continued to operate WikiLeaks from the embassy. Recently the website has released hacked emails from the Democratic National Committee and from Hillary Clinton’s campaign manager. Ecuador temporarily barred Assange’s internet access because of fears he was influencing the election.

ABAJournal.com: “UN panel says WikiLeaks founder should be compensated for ‘deprivation of liberty’ “