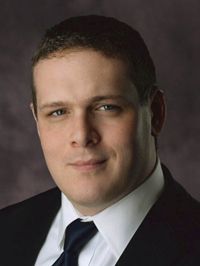 President Donald Trump is disrupting political norms, but courts should not respond in kind by disrupting judicial norms, according to South Texas law professor Josh Blackman.

In an essay published at the National Review, Blackman argues that “sore-loser litigiousness” against Trump’s policies will set “lasting and dangerous precedents.”

Judges who feared that Trump posed a threat to the country have abandoned their traditional role by overriding his executive powers and issuing nationwide injunctions that extend beyond their jurisdiction, he argues.

“The self-professed resistance must be understood for what it is: a thinly veiled legal revolt,” Blackman writes. “Our Constitution has built-in safety valves to remove an unfit president, whether through impeachment or through a declaration of incapacity. But the exercise of those powers was not assigned to the judiciary.”

The revolt began with challenges to the president’s travel bans, Blackman says. A federal judge in Seattle quickly blocked Trump’s first executive order with a “threadbare analysis” offered after only an hour of oral argument. The San Francisco-based 9th U.S. Circuit Court of Appeals affirmed less than a week later.

“This judicial blitz was a dry run of the legal resistance’s game plan,” Blackman writes. “It would be repeated again and again with respect to the second iteration of the travel ban, sanctuary-city policies, and efforts to unwind the Obama administration’s regulatory agenda.

“First, President Trump takes an executive action. Second, litigants file suit in multiple friendly forums. Third, the court disregards prudential barriers that restrict suits against the executive—a role exactly opposite to the one that the judiciary usually plays. Fourth, looking beyond the four corners of the policy, the court throws out the policy by psychoanalyzing the commander-in-chief based on his tweets, cable-news interviews, and even campaign statements. Finally, without affording the president the traditional deference his office is due, the court issues a nationwide injunction, stretching far beyond the judges’ jurisdiction.”

The U.S. Supreme Court put a stop to the winning streak in June when it partly lifted the injunction. Blackman calls the Supreme Court “a voice of reason” for its actions.

“Only the political process, and not what was designed to be the least dangerous branch, can save us from the consequences of our own decisions,” he writes.