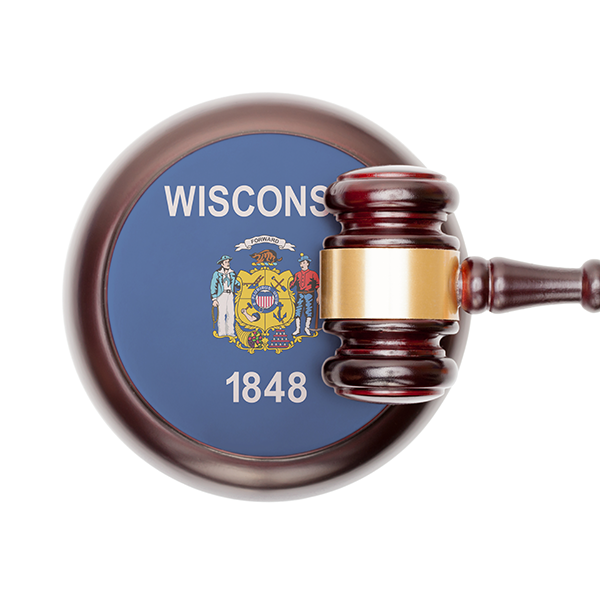 A Wisconsin judge has been suspended for directing “impatient, undignified, and disrespectful speech” to defendants and attorneys and for displaying his handgun in the courtroom.

In its Tuesday opinion, the Wisconsin Supreme Court ordered Winnebago County Circuit Judge Scott Woldt to be suspended without pay for seven days, starting on Aug. 2. “We conclude that a short suspension is necessary in this situation to assure the members of the public that judges will treat them with dignity, fairness, and respect when they enter the courtrooms of this state, and to impress upon Judge Woldt the seriousness of his misconduct and the need for him to change how he treats the jurors, lawyers, litigants, witnesses, victims, and staff with whom he interacts,” the court wrote.

The Associated Press and Wisconsin Public Radio reported on the decision.

Woldt was appointed to the bench in 2004, and elected to six-year terms in 2005, 2011 and 2017. He has never been the subject of judicial discipline, and according to the court’s opinion, he did not dispute the facts of the Wisconsin Judicial Commission’s 2020 complaint against him.

In its complaint, the commission alleged six incidents of misconduct:

• In 2009, Woldt told a victim of domestic abuse who asked for leniency for her boyfriend during his sentencing hearing that he was “sick and tired” of victims who called the police when they were distressed but later told the court, “Oh no, this person’s an angel.”

• During a 2015 sentencing hearing for an 18-year-old who sexually assaulted a 13-year-old girl, Woldt interrupted defense counsel who said the defendant was confused by the situation. The judge responded sarcastically that when he’s “paralyzed by fear,” the first thing he does is demand sex from a girl. He called the defense counsel’s argument “stupid” and later said that attorneys who come before him need to “shut their ‘pie holes’ and get to the point.”

• In 2015, Woldt said during a postconviction motion hearing that he wanted the defendant to be found guilty and to give him a year in jail for wasting his time.

• Also in 2015, Woldt “gave a rather lengthy soliloquy about his views on courthouse security” during a sentencing hearing in a burglary case. At one point, he pulled out a handgun from under his robe, ejected the magazine and bullets and presented it as a “prop” to those in court. “You’re lucky you’re not dead because, if you would have come into my house, I keep my gun with me and you’d be dead, plain and simple,” the judge told the defendant.

• In 2016, Woldt also displayed his handgun to a group of high school students after one of them asked him a question about courthouse security during a Government Day event.

• Also in 2016, he used profanity when berating an attorney during a custody/placement modification hearing.

“These are all serious violations of a judge’s ethical duties and show an open and callous disregard of Judge Woldt’s obligation to serve the public in a fair, reasoned, impartial, and courteous way,” the Wisconsin Supreme Court said in its opinion.

The court pointed out that Woldt’s sanction memorandum generally alleged that the commission’s descriptions of the six incidents were incorrect. As one example, the judge said he displayed his handgun to show empathy with the burglary victims, not to intimidate the defendant.

Judges in Wisconsin are allowed to carry concealed weapons, and according to the opinion, he didn’t point the gun at anyone or touch the trigger.

The court, however, said it had no problem “concluding that Judge Woldt’s comments, when combined with the unnecessary display of his personal handgun during the sentencing proceeding, constituted a failure to observe ‘high standards of conduct.’”

While a judicial conduct review panel recommended that Woldt be suspended for up to 21 days, the Wisconsin Supreme Court considered his long service on the bench and the fact that it had been five years since the last incident at issue when deciding on his week-long suspension.

“We remind him and the other judges in this state that how justice is dispensed is often just as important as the substance of the legal ruling,” the court wrote.