Wisconsin law requires all litigation funding arrangements to be disclosed 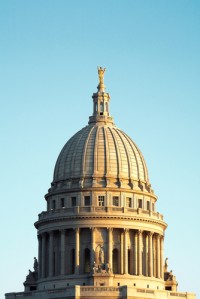 Legislation signed by Wisconsin Gov. Scott Walker last week requires all third-party litigation funding deals to be disclosed—even if a discovery request has not been made for that information.

Wisconsin Act 235 requires litigants “provide to the other parties any agreement” under which third-party funders are entitled to a share in any earnings from a civil action, settlement or judgment. The rule excludes lawyer contingent fee arrangements. According to Law360, the new law is first of its kind on the state level.

The U.S. Chamber of Commerce’s Institute for Legal Reform supports the new law, saying that litigation funding both prolongs litigation and leads to more lawsuits.

“Wisconsin’s law brings litigation funding out of the shadows, so that funders in the state can’t anonymously ‘pull the strings’ of a lawsuit without other parties’ knowledge,” Lisa A. Rickard, president of the U.S. Chamber of Commerce’s Institute for Legal Reform, said in a press release.

Institute senior vice president Paige Faulk told the ABA Journal in a statement that she thinks other states will follow Wisconsin’s lead and pass similar legislation. “This law is another step in what’s become a growing movement.”

“Most states have been diligent to draft new laws that clearly separate consumer and commercial litigation finance,” Burford chief marketing officer Liz Bigham said in its statement. “In its haste to pass a consumer law, however, Wisconsin did not do so, despite there being no expressed desire to regulate commercial litigation finance. We view this as an accidental outlier that is likely to change in due course once Wisconsin businesses realize that their legislators just overreached.”