Without mentioning Trump by name, federal judge takes aim at the president's comments 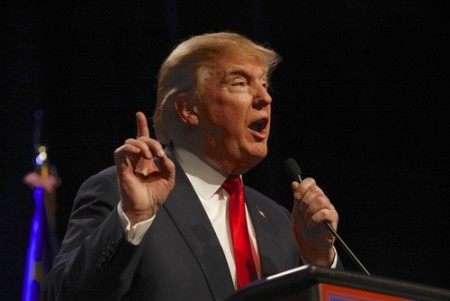 U.S. District Judge Dan Polster of Cleveland on Wednesday took aim at President Donald Trump’s tweets about the judiciary and his comments about immigrants, though Polster didn’t mention the president by name.

In a speech before the civil rights committee of Cleveland’s Anti-Defamation League, Polster said a public office holder who questions the legitimacy of a judge undermines the system and raises questions about his or her own legitimacy, Cleveland.com and the Cleveland Jewish News report.

“This is serious business, because you start calling into question the legitimacy of someone, that undermines the whole system,” Polster said. He spoke after he was asked if he was worried about the judiciary’s status under Trump.

A public office holder has the right to criticize the judiciary, he said. But “when you call into question the legitimacy of a federal district court judge, that’s a line that shouldn’t be crossed,” he said. “It calls into question, and some might even say forfeits, his or her own legitimacy. So I’ll leave it at that.”

Polster recently spent two weeks as a visiting judge in New Mexico, sentencing immigrants who illegally re-entered the United States. Most of the people he sentenced, Polster said, came to the United States because they wanted to be close to family or because of economic distress in their origin countries.

“I can tell you, out of the 200 people I sentenced, I did not see a single murderer, a single rapist, a single terrorist,” Polster said. Cleveland.com covered Polster’s remarks in this separate story.

Most of the defendants were sentenced to time served—usually one to four months in jail——and were then deported. Most of the cases he oversaw were plea bargains, Polster said. He warned the defendants that sentencing policy is likely to change under Attorney General Jeff Sessions.

Polster said he told the defendants: “The next time, you’re not going to get time served and sent back, it’s likely going to be a long prison sentence. Because it’s clear that this administration, the law’s practices are changing.”