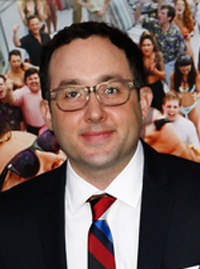 The Wolf of Wall Street may have been inspired by fact, but it is a work of fiction that didn’t defame a lawyer who claimed viewers would believe he was the drug-using, toupee-wearing character in the film, according to a court document in the case.

Lawyer Andrew Greene says he was portrayed as the character Nicky “Rugrat” Koskoff, played by P.J. Byrne, in the film about brokerage firm Stratton Oakmont and its founder, Jordan Belfort, played by Leonardo DiCaprio. But in the statement of facts filed on Friday, Paramount Pictures and other film producers said Koskoff was a composite character based on Greene and two other people, according to the Hollywood Reporter. Law.com (sub. req.) notes the article and also delves into the defendants’ claims.

Greene had alleged the film falsely portrayed him as misogynist who used cocaine on company premises, had sex with a prostitute at the office, and facilitated money laundering. He had headed Stratton’s corporate finance department, which found companies for initial public offerings, and sought to comply with the law, according to his lawyer.

The defendants, however, assert that Greene “cannot dispute that the widespread unprofessional conduct at Stratton Oakmont that was depicted in the film is substantially true.” According to the defendants’ statement of material facts, Greene attended a bachelor party in Las Vegas where drugs were available on sterling silver trays and prostitutes were in attendance.

The defendants’ statement also recites allegations that Greene had used illegal drugs while employed at Stratton and had hired prostitutes on several occasions. The statement also alleges Greene had legal responsibility for underwriting practices that were illegal.

In any event, Koskoff was a fictional character, and no reasonable viewer would believe Koskoff portrayed Greene, the defendants say. Nor is there evidence of actual malice “in the constitutional sense,” according to the defendants.