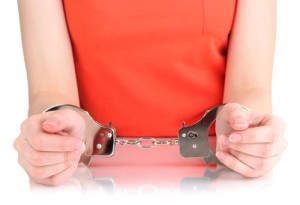 A woman who was indicted on a charge that turned out to be unsupported by the evidence can’t sue, even though she was jailed in Mississippi for 96 days without an arraignment or lawyer, a federal judge has ruled.

The plaintiff, Jessica Jauch, had no right to an initial appearance or preliminary hearing because she had been indicted, according to the Sept. 30 opinion (PDF) by U.S. District Judge Sharion Aycock of Aberdeen, Mississippi. The Associated Press covered the decision.

Though Jauch asserted her innocence in jail and asked to see a judge, she did not request a lawyer during her confinement and her right to counsel wasn’t violated, Aycock added.

Jauch was jailed in Chocktaw County after police pulled her over for traffic violations in April 2012 and noticed she had an outstanding arrest warrant, according to the decision. The arrest warrant stemmed from Jauch’s indictment on a charge of selling a controlled substance.

Jauch had claimed a violation of her right to counsel, to bail and to liberty. According to her suit, the charge was based on a video said to show Jauch selling narcotic pain medication to a confidential informant. But the video actually showed Jauch borrowing $40 from a person she believed to be a friend, her suit says. The narcotics agents apparently never bothered to view the videotape, and the indictment was obtained based on the informant’s lies, the suit said.

Jauch has filed notice of appeal. According to AP, the decision “has flummoxed civil liberties advocates, who have been waging legal battles to reform Mississippi’s criminal justice system, which provides almost no state funding for public defenders.”