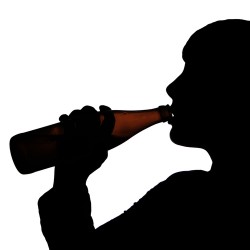 Workers who spend a lot of time on the job are more likely to drink too much alcohol than those who spend less time at work, a new study has found.

The study—an analysis of several other studies—compared those who worked more than 48 hours a week with people working 35 to 40 hours a week, NPR and Medical News Today report.

Risky alcohol use was defined as more than 14 drinks per week for women and more than 21 drinks for men.

The study by Finnish researchers was published in the BMJ.