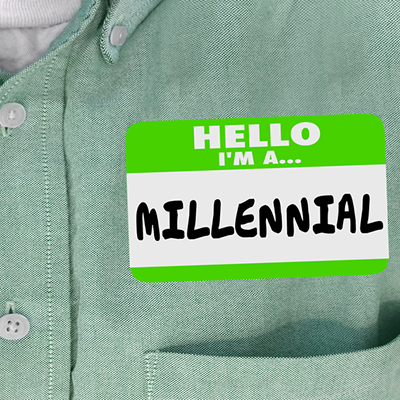 In a new survey of millennial lawyers, 47.1% say workloads have increased since compensation increases for associates rippled across BigLaw. And a significant portion of millennials would be willing to take a pay cut for more time out of the office.

The survey asked younger lawyers working in U.S. law firms whether they would give up part of their compensation in exchange for various options, including three that could provide better work-life balance. They were asked to check all that apply.

The results concluded that 26.2% would take less money for a flexible work schedule, 25.8% for more time off, and 23.1% for a cut in billable hours.

Major, Lindsey & Africa conducted the survey of more than 1,200 lawyers in law firms in conjunction with Above the Law. The survey targeted Above the Law’s millennial readership. It can be downloaded here; a press release is here.

Despite the desire for better work-life balance, partnership is still viewed as a long-term career goal.

The findings on partnership goals contrast with the percentage who agree that law firm partnership is less desirable than it was a generation ago. Sixty-six percent agreed with that statement.

Millennials also expressed dissatisfaction with a few other aspects of law firm life, according to the report.

A majority of the respondents agreed that law firms are inherently sexist, and that there is a gender pay gap at law firms. But there are big differences among male and female lawyers. The findings concluded:

• 62.3% of women and 64.2% of men strongly agreed that law firms should strive for maximum transparency with regard to compensation.

• 44.4% agree that the current generation of law firm leadership has outstayed its effectiveness.

• 61.6% agree that the millennial generation of lawyers is transforming law firm policies and culture for the better.

• While nearly 70% of millennials described themselves as loyal to their firms, more than 75% either were open to new job opportunities or actively seeking them.

“It’s clear that men and women have different priorities, which suggests that there may be internal friction and growing pains as firms continue to evolve,” said Michelle Fivel, a partner in the associate practice group at Major, Lindsey & Africa, in the press release. “Balancing their unique interests and concerns will need to be top of mind for law firm management as the field continues to grow more diverse.”

Seventh paragraph revised at 8:45 p.m. to include the percentage who see themselves working in-house in the future. First paragraph rewritten on April 5.