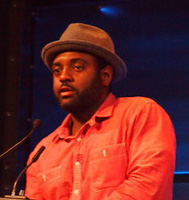 A Yale Law grad who spent eight years in prison for armed robbery and carjacking as a teenager has won approval to practice law in Connecticut.

Reginald Dwayne Betts won approval on Friday after persuading an examining committee that he had good moral character and fitness to practice law, report the Hartford Courant and the Associated Press.

When he was 16, Betts was involved in an armed robbery and carjacking at a northern Virginia shopping mall. He was convicted of three felonies.

Now 37, Betts graduated from law school last summer and passed the Connecticut bar exam in February. He has also written two books of poetry and a memoir. For the past year he has worked at the New Haven Public Defender’s office, and has a clerkship offer with a federal judge for next year, according to a Connecticut Law Tribune article (sub. req.) published earlier this month.

ABAJournal.com: “Ex-con and Yale Law grad must prove ‘good moral character’ before being able to practice”