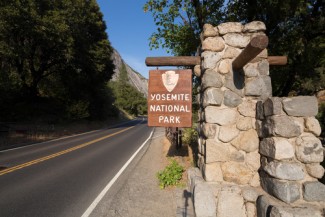 Yosemite National Park is changing the names of several sites within the park as a result of a trademark dispute with a concessionaire that lost its hospitality contract.

Among the changes taking place March 1: the Ahwahnee Hotel will become the Majestic Yosemite Hotel, Curry Village will become Half Dome Village, and the Badger Pass Ski Area will become Yosemite Ski and Snowboard Area. The San Francisco Chronicle, the Buffalo News, the Los Angeles Times and the Associated Press have stories.

Delaware North Parks & Resorts claims in a September lawsuit that it acquired the trademarks for $61.5 million when it took over the handling of food and lodging in the park in 1993. The contractor says it is entitled to compensation for the trademarks from the new concessionaire.

Delaware North also claims it has the rights to the name Yosemite National Park, but that name is not being changed.

According to the San Francisco Chronicle, the legal issues involve details of the Delaware North contract and whether the names can’t be owned because of their historical origins.